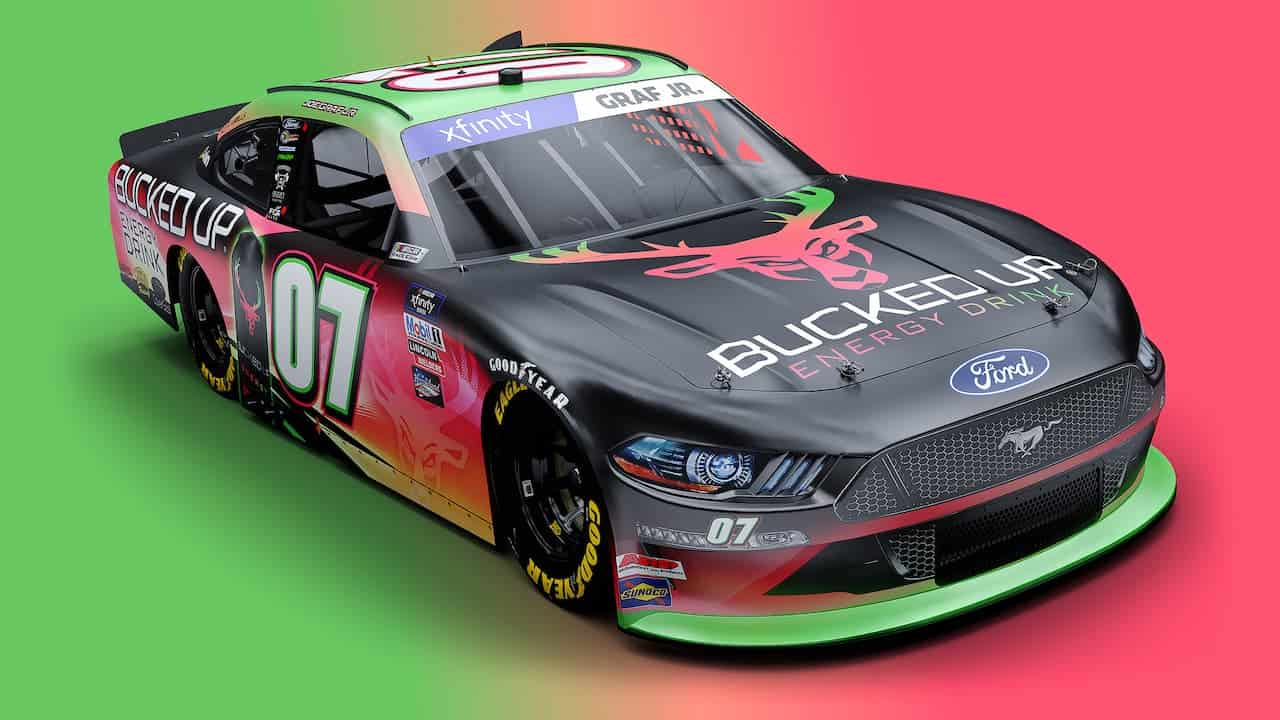 For the season-opening race at Daytona on Sat., Feb. 19, Bucked Up will feature its new Strawberry Kiwi flavor with Graf’s No. 07 Ford Mustang infused with a pink and green livery.

Inspired by nuclear fusion, Bucked Up Strawberry Kiwi is an unparalleled source of energy and refreshment.

We won’t get deep into the science, but in nuclear fusion, you get energy when two atoms join together to form one — the same reaction that powers the sun.

With Bucked Up Energy Strawberry-Kiwi, we fused two delicious flavors to form one. The result — a zero sugar, solar-sweet source of energy so abundant the world might actually start revolving around you.

“I am super proud to continue representing the Bucked Up Energy Drink brand for the 2022 NASCAR Xfinity Series season,” said Joe Graf Jr. “The explosive growth Bucked Up has experienced over the past two years is just insane. Their company accelerated far beyond their expectations in large part because of their involvement in NASCAR.

“Bucked Up has been a part of my NASCAR journey since my rookie season in 2020, and everyone on the team is excited to have them as a partner in the next chapter at SS GreenLight Racing in our first race with Ford, Ford Performance, Roush Yates Engines and our technical alliance with Stewart-Haas Racing at Daytona.

“I really feel like we are going to surprise everyone this season!”

Graf and the team also confirmed that 2021 partners G-Coin, CoverSeal and Market will return as primary partners throughout the 2022 NASCAR Xfinity Series season.

Bucked Up is the everyman (or woman) energy drink. We don’t care about the color of your collar; whether blue or white, we all require energy to power our days.

We want something that tastes like success, enhances mood and focus, and most of all delivers long-lasting energy.