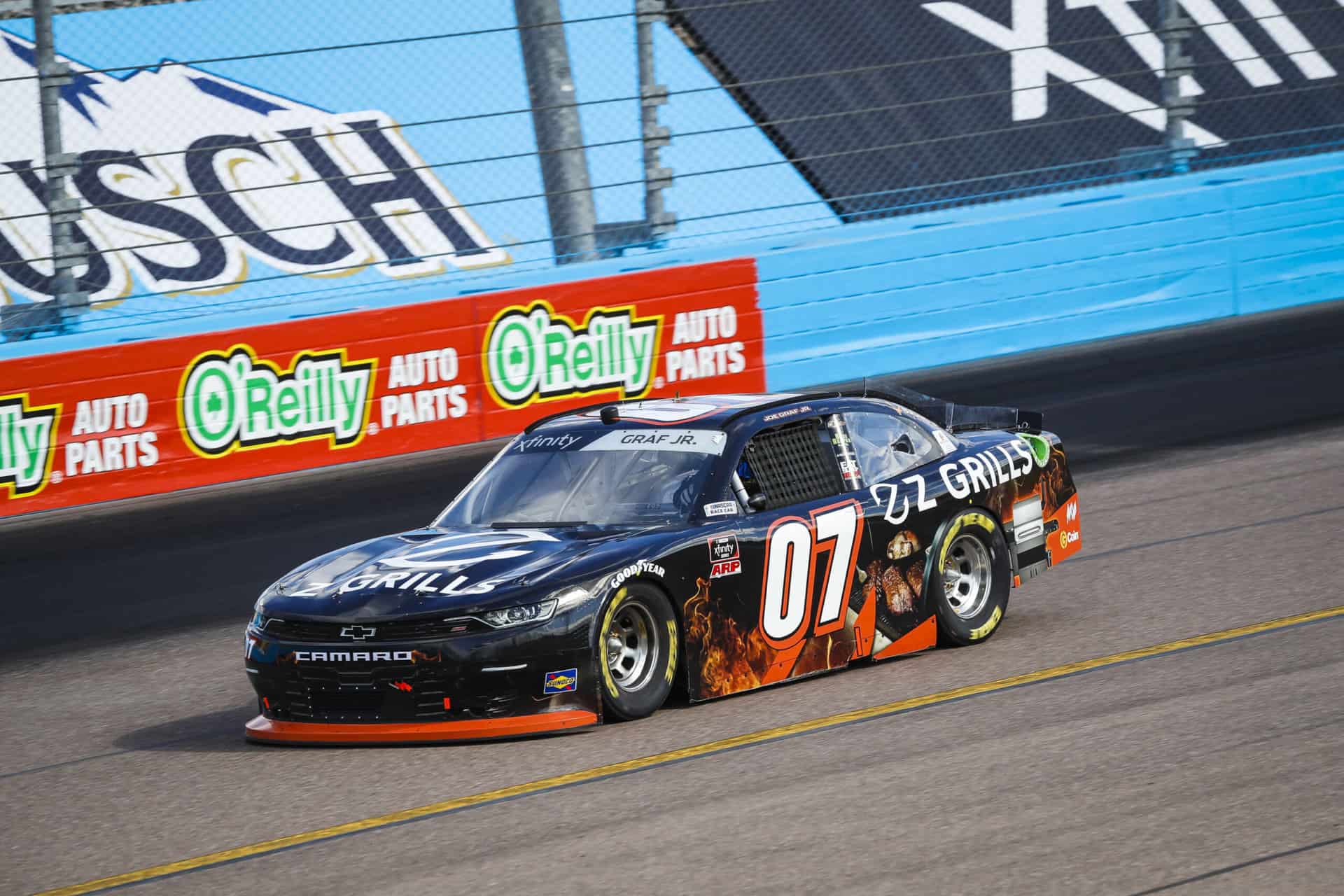 Welcome Back: This weekend at Talladega (Ala.) Superspeedway, SS GreenLight Racing and Joe Graf Jr. welcome back Z Grills as the primary partner of the team’s No. 07 Chevrolet Camaro for Saturday afternoon’s Ag-Pro 300.

Talladega marks the second of a multi-race deal where Z Grills, one of the most respected names in pellet grills will be the primary partner.

About Z Grills: As an industry-leading manufacturer for more than 30 years, Z Grills manufactured grills, kitchen equipment and outdoor products for several top brands in the industry.

Now, Z Grills has grown into one of the most respected brands in the pellet grill industry.

Saving You Some Money: A new partner to Joe Graf Jr. and still excited about their debut in the NASCAR Xfinity Series last month at Phoenix (Ariz.) Raceway, Z Grills is still celebrating their partnership with Graf and the team.

To celebrate the partnership, Z Grills Racing (ZGrillsRacing.com) is offering a 10 percent discount off your total purchase, using the code JoeGraf07 at checkout.

Year of the Underdogs: NFL’s Buffalo Bills running back Antonio Williams and a personal investor in Joe Graf Jr.’s racing career recently launched a video on Twitter offering an exclusive glimpse into his personal life and his reason for wanting to be a part of NASCAR – exclusively with Graf Jr.

Since its release on Feb. 25, 2021, the video has gone viral with over 136,000 views and feedback from some of the sports’ icons including retired NASCAR Cup Series driver Dale Earnhardt Jr., seven-time Cup Series champion Jimmie Johnson and current 23XI Racing driver Darrell Wallace Jr.

The impact left the SS GreenLight Racing team with a disappointing 38th place finish, their worst effort of the 2021 season.

Man vs. Machine: To help prepare himself for this weekend’s Ag-Pro 300 at Talladega, Joe Graf Jr. has been extremely active with his workout routine, which included a 25-mile cycle earlier this week.

Negotiating elevation and corners, Graf completed the cycle in 1:30:05 seconds at an average speed of 17.1 miles per hour and burning more than 1,146 calories in the process.

He will crew chief his eighth NASCAR Xfinity Series race as crew chief on Saturday afternoon.

Hello From The Other Side: Graf Jr. has a teammate at SS GreenLight Racing. Veteran Joey Gase will drive the No. 28 Register Me Ford Mustang on Saturday afternoon.

Gase is set to make his 245th career NASCAR Xfinity Series start and seventh at the famed superspeedway. His best Xfinity track finish occurred in the 2015 Winn-Dixie 300 edition where he finished fifth after starting 39th driving for Jimmy Means Racing.

On Talladega Superspeedway: “After our Daytona finish in February, everyone on the SS GreenLight Racing team is looking forward to Talladega this weekend. Starting so deep in the field, I’m sure we will be a little conservative, but that may work to our benefit to have an opportunity to earn us another strong finish.”

On Z Grills Partnership: “I am thrilled to have Z Grills back on board this weekend at Talladega. Grilling at race tracks has always been a staple of the environment whether you are up close and personal with the race team or race fans bonding in the infield talking about their race track experience.

On 2021 Season: “The last few races have been tough, but we will bounce back. As a team, we know what we are capable of. We started off the year very strong and we are determined to do everything in our power to get back to that consistency and look ahead with positivity.”