Joe Graf Jr. and SS GreenLight Racing ready to take on the other Daytona International Speedway 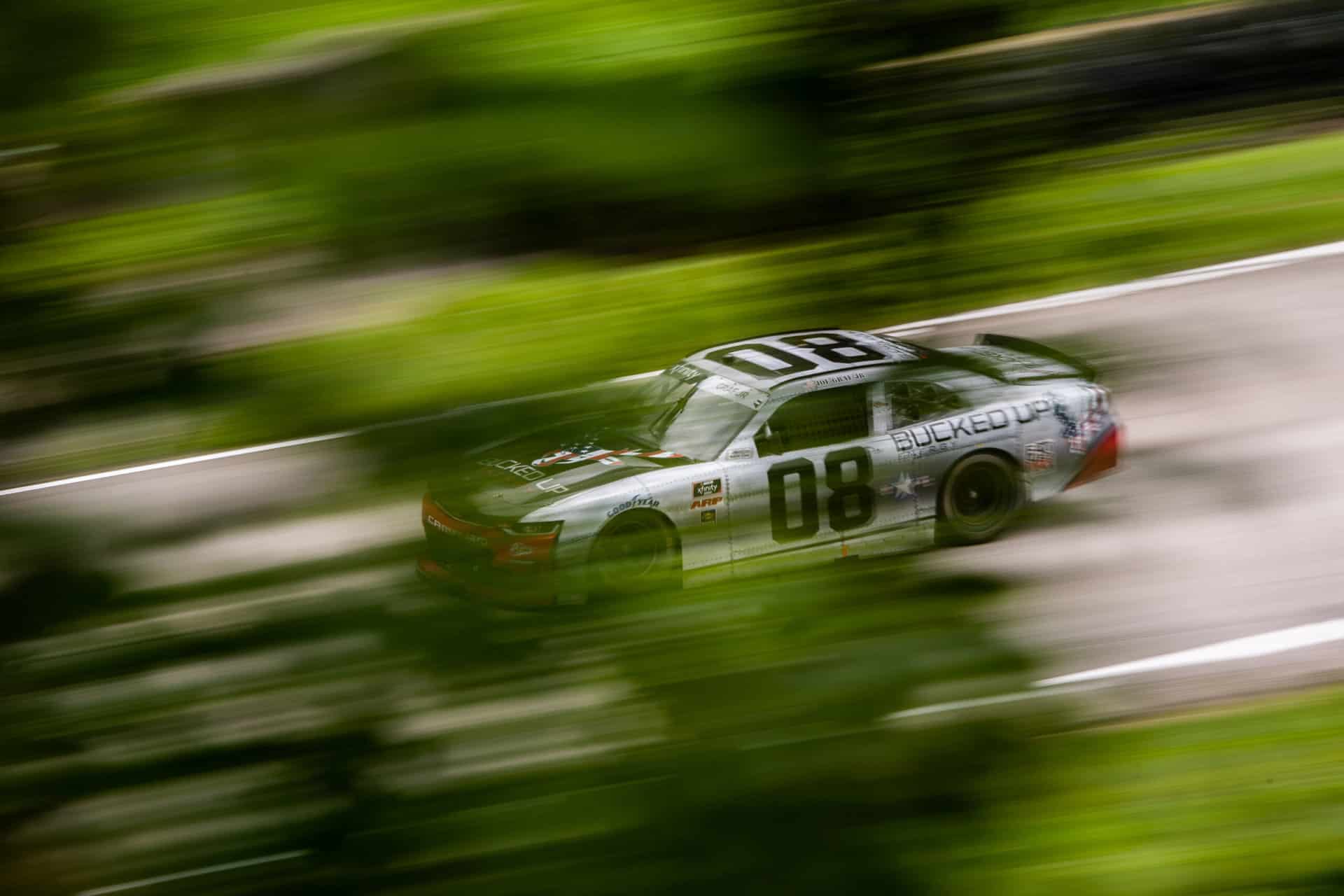 Full of Energy: Bucked Up Energy will continue its role as the primary partner of Graf’s No. 08 Chevrolet Camaro. The Daytona International Speedway Road Course is the 11th race in a multi-year, multi-race deal with the former ARCA Menards Series winner.

Bucked Up is the everyman (or woman) energy drink. We don’t care about the color of your collar; whether blue or white, we all require energy to power our days. We want something that tastes like success, enhances mood and focus, and most of all, delivers long-lasting energy.

Turning Lefts and Rights Again: For the third time in his NASCAR Xfinity Series career, Joe Graf Jr. will compete on a road course. Graf, 22, has never seen the 3.56-mile, 14-turn road course before Saturday’s UNOH 188.

He holds an average starting position of 27.5 (per rule book) and an average result of 25.5 with 100 percent of the laps complete.

Put Me In Coach: During this weekend’s Xfinity weekend at Daytona, Graf Jr. is working with fellow NASCAR driver Will Rodgers who will serve in a dual role as a spotter and driver coach for the 19th Xfinity Series race of the season.

Rodgers will be able to give Graf Jr. firsthand knowledge of the Daytona Road Course as he’s set to make his seventh career ARCA Menards Series premier start in Friday afternoon’s General Tire 100 in Daytona Beach.

Popular Return: The SS GreenLight Racing team has brought back a popular paint scheme for Saturday afternoon’s 52-lap race. The Bucked Up Energy paint scheme is infused with a patriotic fighter aircraft as a tribute to the country’s Declaration of Independence of the United States on July 4, 1776.

Coming Soon: Joe Graf Jr. is set to announce a new associate marketing partner for the remainder of the 2020 NASCAR Xfinity Series season ahead of the Xfinity Series doubleheader weekend at Dover (Del.) International Speedway on Sat., Aug. 22, 2020.

18 races down, 15 races to go, Graf Jr. is ranked 21st in the Xfinity Series championship standings and looks to improve his average finish of 23rd over the final three months of the season.

From the Pit Box: Industry veteran Patrick Donahue is Joe Graf Jr.’s crew chief. He will crew chief his 171st NASCAR Xfinity Series race on Saturday afternoon. In his previous 170 races, he has two wins, eight top-five and 14 top-10 finishes to his resume.

Like Graf Jr., Donahue will make his Xfinity Series debut as crew chief on the Daytona International Speedway Road Course.

This Is 2020: Entering the Daytona Road Course, Graf Jr. has 21 NASCAR Xfinity Series starts to his credit with four top-15 and eight top-20 finishes. After 18 races in 2020, he stands 21st in the championship standings with 15 races remaining.

On Road America: “Learned a lot at Road America. Stayed out of trouble and got a chance to race in the rain. It was an incredibly long race, but we brought our No. 08 Bucked Up Energy Chevrolet home in one piece. Overall, we’re taking steps in the right direction and that’s important.”

On Daytona International Speedway Road Course: “Much like everyone else in the garage, I don’t know what to expect for Saturday’s race. Without practice and or qualifying, we are all going into the race kinda-blinded.

“Sure, you can use iRacing and the simulator to help you prepare but there is nothing like the real thing. We knew the road course races would be one of my biggest challenges this season, but I have run all the laps and saw the checkered flag.

“Our goal is the same this weekend, but we’re hoping to leave Daytona with a top-20 finish.”

On Working With Will Rodgers: “I like working with Will. I raced with him a little bit in the ARCA Menards Series, but he has been a big help for me in preparing for Daytona.

“The good thing for me is that Will is racing the ARCA race on Friday, so being able to pick his brain after the race while everything is fresh will hopefully be a benefit to all of us on Saturday.”