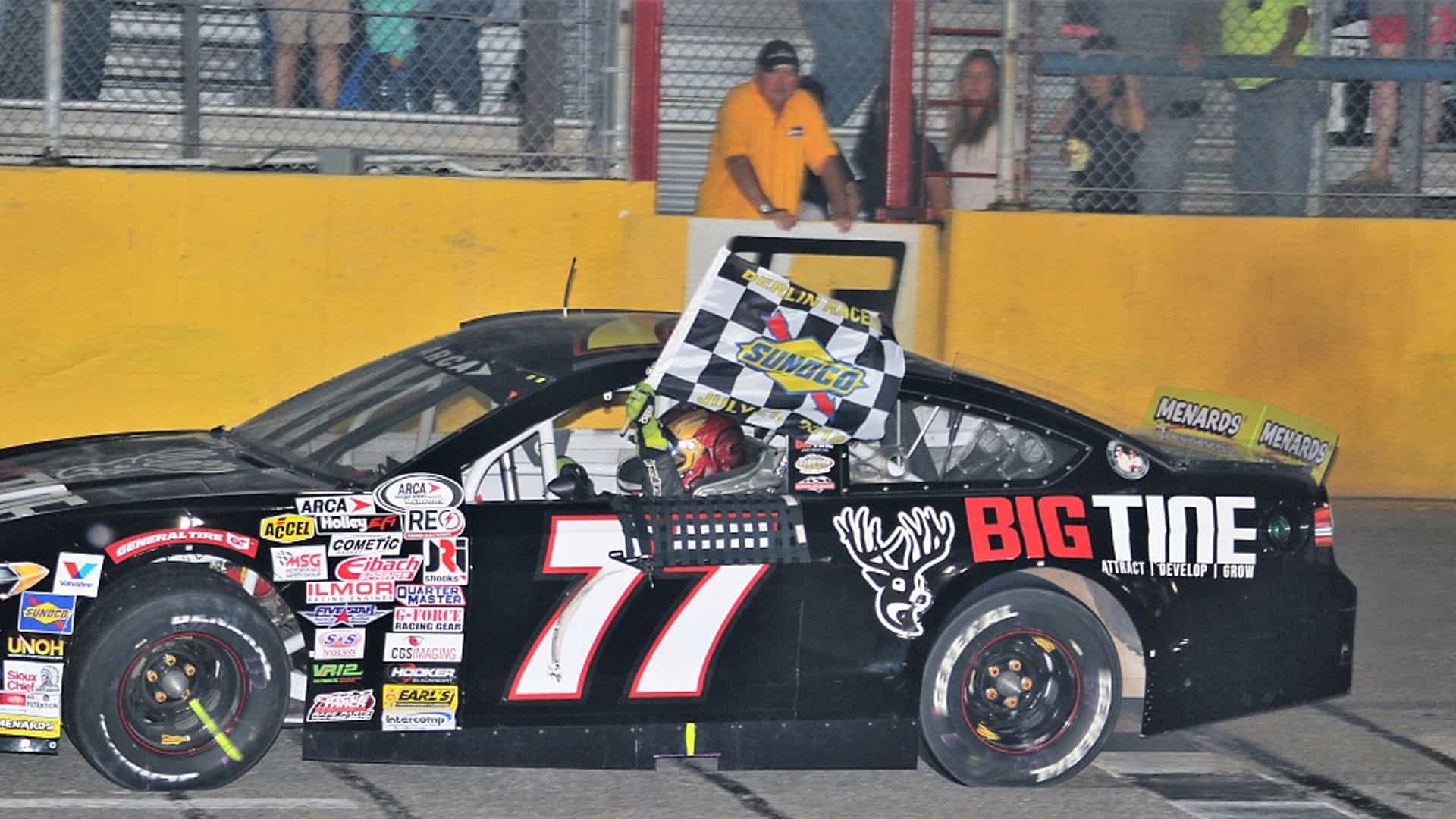 CONCORD, NC — Eight months ago Joe Graf Jr. sat on the pit wall at the New Smyrna Beach Speedway during Speedweeks wondering what the 2018 season would bring. Graf had just raced a pro late model and his passion for racing was at a crossroads…would he ever get the opportunity to see how he could stack up against some of the top young drivers in the country.

Less than a month later Graf signed a six-race deal with the potent Chad Bryant Racing Team to race in the ARCA Series presented by Menards. The first race was to be the Nashville Music City 200 and after a solid test hopes were high.

“I couldn’t believe that right before my first ARCA race I broke my foot,” said Graf. “It made things tougher, but I wasn’t going to let anything stop me…so we soldiered on.”

Two weeks later Graf received a call that would change his life forever when Chad Bryant asked the New Jersey racer to drive the potent No. 77 Ford at the Talladega Super Speedway. When Graf drove onto the massive speedway property it was the first time he had ever seen the legendary monster.

“I didn’t find out I was racing at Talladega until early that week,” grinned Graf. “It was always a favorite track of mine since I was a kid, but as a spectator and iRacing.”

To this day Joe Graf Jr. still believes that he won that race…but he came away from that event with what has been called the closest race in ARCA history, a photo finish that was simply too close to call. Joe’s run at Talladega led to an extended schedule with Chad Bryant Racing that was the catalyst for Joe’s greatest racing season ever. Throughout the summer Graf and his team led by owner Chad Bryant and Crew Chief Paul Andrews started to come together and each race the 20-year old racer came closer and closer to an elusive win.

“My confidence was building,” stated Graf. “I knew that after a number of podium finishes our time would come…it just took patience. My spotter Brian Crammer and I learned how to communicate better, and my driving coach Mike Bliss gave knowledge that helped me get better as a race went on.”

Lightning stuck on August 25th at the Berlin Raceway when Graf crossed the finish line in first in what has been called the most exciting race in Berlin Raceway history. His victory made the journey from the weekly short track races to the elite levels of ARCA complete.

“What a feeling at Berlin,” explained the freshman at NYU. “It was the day before I moved into my dorm in New York City, but I still kept my focus…and I went for the win. I knew a win was coming, I just wasn’t sure when or where it would happen.”

When Joe Graf Jr. arrives at the Kansas Speedway this weekend for the Kansas 150 ARCA Racing Series 2018 finale he will enter the track with his head held high and a feeling of great accomplishment. It was just eight short months ago and some 1500 miles away at the New Smyrna Speedway that Graf had no clue what direction this season would bring. The Kansas 150 is now the culmination of a dream come true for Graf by being able to successfully race against the best young drivers in the country.

“This has been my greatest season ever,” lamented Graf. “I remember back to Speed Weeks wondering where my career was going. Now I feel confident of a future in racing with lofty goals with wins and series championships in the future. I can’t thank Chad, Paul, Brian and Mike for giving me the tools and confidence I needed this season. My family gives me so much support…and to share this season with them makes it very special. Thank you to ARCA for such a great series and to my friends, marketing partners and fans I look forward to an even better 2019.”