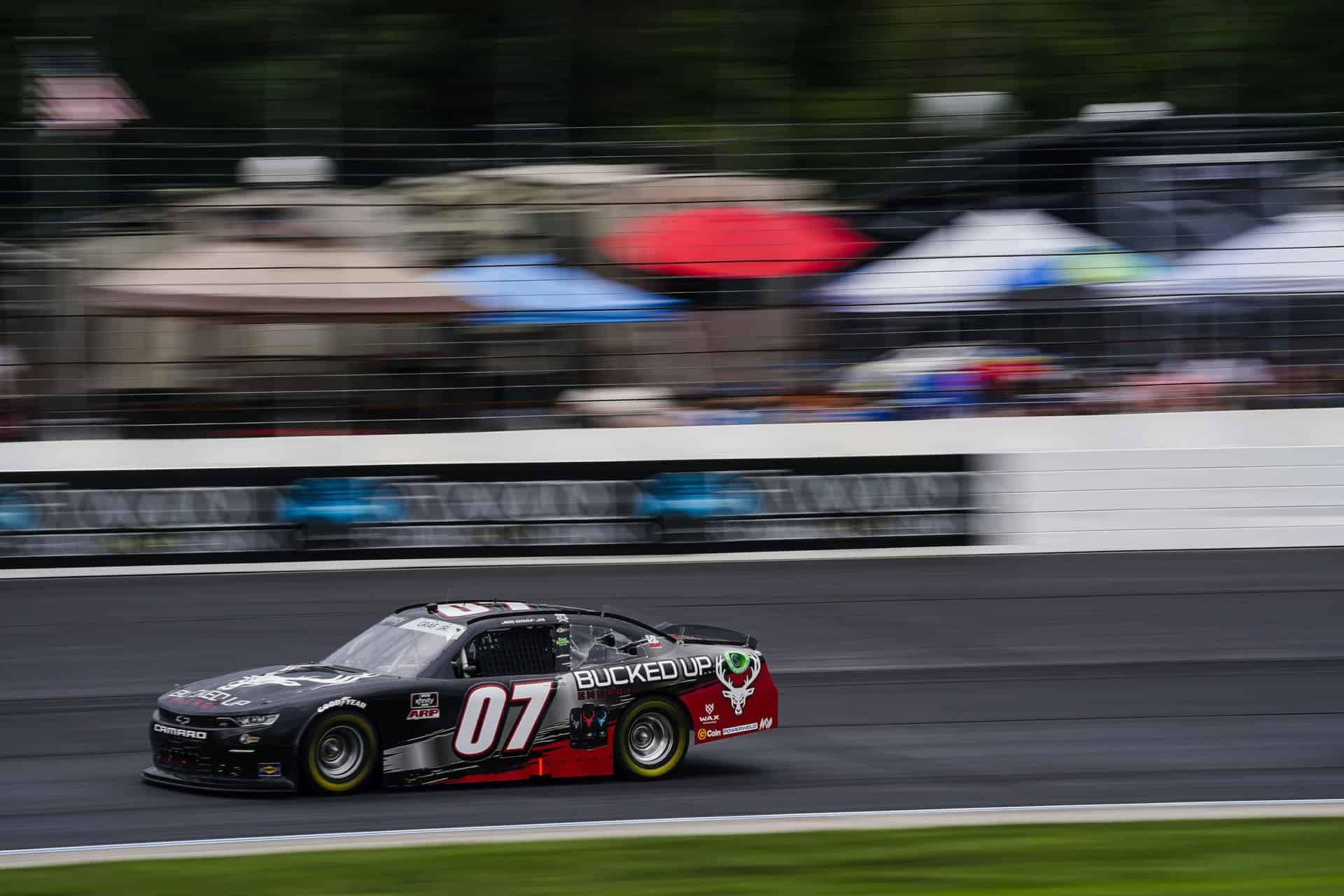 Full of Energy: Bucked Up Energy and its sister products will continue their role as the primary partner of Graf’s No. 07 Chevrolet Camaro this weekend. Darlington Raceway is the seventh race of 2021 but is the 29th race overall in a multi-year, multi-race deal with the former ARCA Menards Series winner.

Gym n’ Juice pays homage to those classic west coast vibes with a citrusy, smooth flavor that is sure to drive you back to the early-coastal ‘90s.

Bucked Up Energy Strawberry-Kiwi features two delicious flavors fused to form one. The result — a zero sugar, solar-sweet source of energy so abundant the world might actually start revolving around you.

Mango Tango tastes like a well-placed double entendre — two meanings, up to your interpretation. Perhaps, it’s a melodic, upbeat fiesta of juicy goodness pulling sultry-sweet dance moves on your tongue. Or we could be using Tango as code, letting you decide the most fitting “T” descriptive word.

CoverSeal® —the standout cover option keeping vehicles and other outdoor investments safe from rodents and the weather will serve as associate marketing on the No. 07 Chevrolet Camaro for upcoming events at Richmond (Va.) Raceway next weekend and at Kansas Speedway in October.

At Martinsville (Va.) Speedway, however, on Sat., Oct. 30, 2021 — CoverSeal® will increase their commitment and serve as the primary marketing partner for the penultimate NASCAR Xfinity Series race of the season.

Races for Faces: Joe Graf Jr. announced in mid-August that for the second consecutive year, Graf will be virtually participating in myFace’s Races for Faces, an event to raise awareness for myFace, an organization that helps kids and families living with craniofacial differences.

Graf is encouraging in the industry along with race fans to join “Team Graf” and show your support of his mission.

Saving You Some Money: As summer slowly starts to transition into fall, Joe Graf Jr.’s other marketing partner Z Grills wants to help the NASCAR community save money – but also enjoy the perfect barbecue.

In support of their recent partnership at Atlanta (Ga.) Motor Speedway in July, Z Grills Racing (ZGrillsRacing.com) is offering a 10 percent discount off your TOTAL purchase, using the code NASCAR at checkout.

In the fall, he finished as respectable 23rd after starting 28th in a throwback paint scheme to retired Xfinity Series driver Elliott Sadler.

In May, Graf contended for a top-20 finish again but hiccups on pit road put him at the rear of the field where he eventually was collected in a late-race accident and finished a disappointing 37th .

Joe Graf Jr. Xfinity Series Career Intermediate Nuggets: At tracks greater than 1.0-mile in size, Graf has competed in 28 NASCAR Xfinity Series races. He holds an average starting position of 25.5 and an average result of 24.2.

He will crew chief his 56th NASCAR Xfinity Series race as crew chief on Saturday afternoon and his fourth at the 1.366-mile oval.

In his previous 55 NASCAR Xfinity Series starts, he has collected four top-five and 14 top-10 finishes.

Hello From The Other Side: Graf Jr. has a teammate at SS GreenLight Racing.

Massey is poised to make his 17th career Xfinity Series start and eighth of the 2021 season. The 24-year-old will make his second start at the track dubbed Too Tough To Tame and hopes to improve on an 30th place finish in May 2020.

On Darlington: “I’m looking for some redemption this weekend at Darlington. We really had a good car in the spring, but we had a series of setbacks late in the race that haunted us and took us from an opportunity to finish inside the top-20.

“Joe (Williams, crew chief) has a pretty good record at Darlington and I’m hoping he can escalate our No. 07 Bucked Up Energy Chevrolet Camaro on-track performance and we can get a solid finish to carry to Richmond next weekend.”

On Bouncing Back: “There’s no hiding around that this season has been a huge bummer. We’ve had more than our fair share of bad luck and being at the wrong place at the wrong time, but there’s no quit in myself or this race team.

“We have to keep going and keep fighting knowing we have a good team surrounded by great people and great partners. We will make the best of the rest of the 2021 season and surge ahead for 2022.”