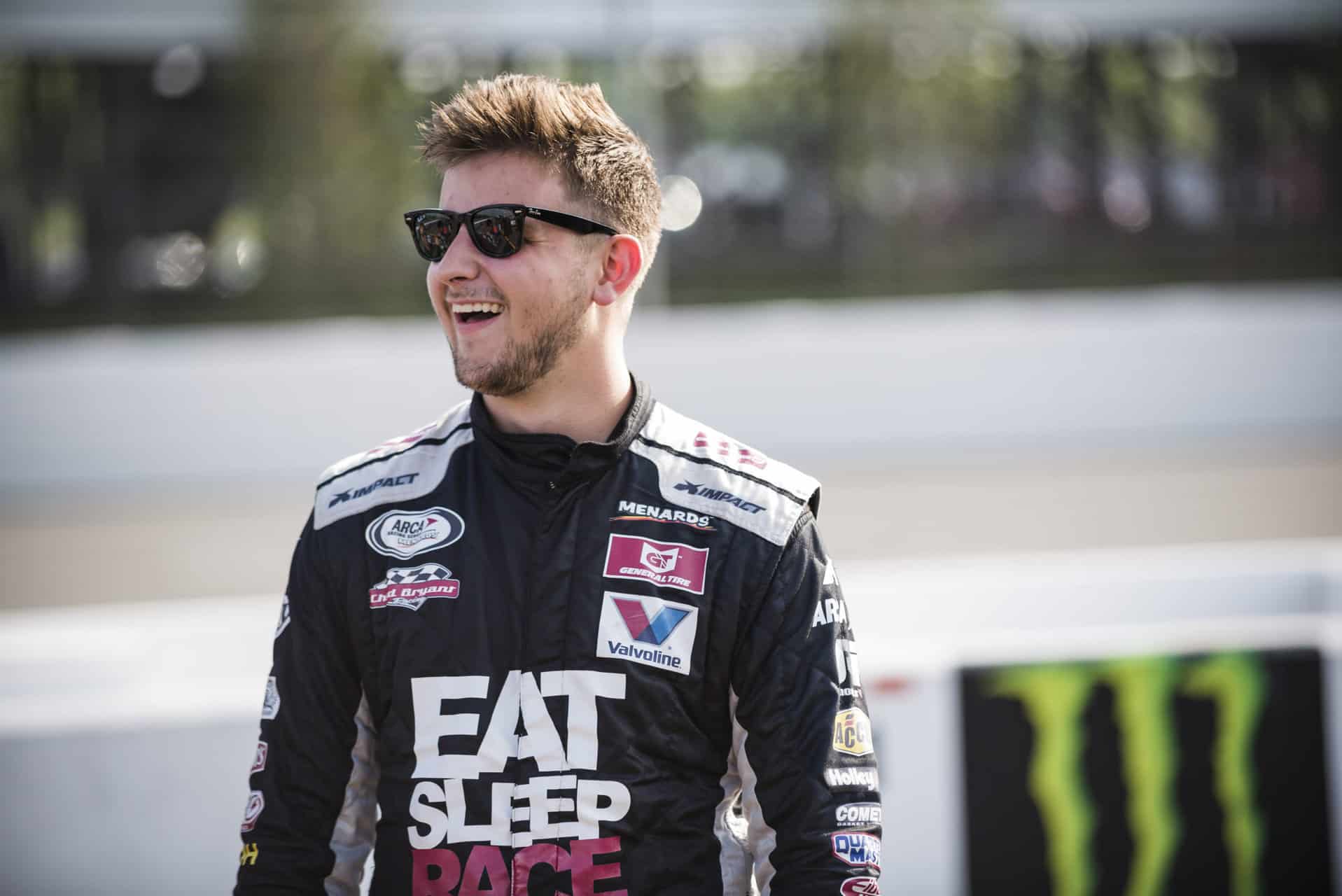 KANSAS CITY, Kan: The season-finale is upon the ARCA Menards Series and for sophomore driver Joe Graf Jr. and his Chad Bryant Racing (CBR) team, Friday night’s ARCA Kansas 150 provides one more opportunity to get back to Victory Lane.

And for the 21-year-old driver, there might not be more motivation than wondering what could have been. In the most recent ARCA Menards Series race at Lucas Oil Raceway earlier this month, Graf Jr. appeared to be set to cruise to his second career ARCA victory but contact while battling another driver for the lead ultimately drew a caution and the advantage that Graf’s No. 77 Chad Bryant Racing team had was quickly a disadvantage.

Knowing the past can’t be changed, Graf’s team looks forward to having the opportunity to finish what they started under the lights at Kansas Speedway.

“Lucas Oil was tough to swallow,” said Graf Jr. who is all but assured of fifth in the final ARCA championship standings this season. “We had a great car. A fast car and we were letting the advantage of having tires be our ticket. Unfortunately, things quickly changed, and we were left with another top-10 finish instead of a likely win.

“We can’t dwell on what happened in the past though, we have to focus out the windshield and we’ll go to Kansas Speedway this week and give it our best.”

To help prepare Graf Jr. for his second stop at the 1.5-mile speedway, he recently participated in a private test with teammate Ty Majeski where both teams aggressively worked on different setups throughout the day hoping to return to the 20th race of the season with a fast setup and the chance to earn Chad Bryant Racing’s fourth win of 2019.

“The test went pretty good,” added Graf Jr. “I don’t think any driver or team leaves a test completely satisfied and I think that spoke well for us. We were pleased with the progress we made during the day, but knew we still had some work to do.

“The guys have been busting their tails getting our car ready for the race on Friday night and I’m looking forward to the chance to contend for our 13th top-10 finish of the year.”

Equipped with a Chevrolet SS for the ARCA Kansas 150, Graf Jr. believes track position will be critical for success on Friday night.

“There isn’t a lot of character when it comes to Kansas,” sounded Graf. “The track is very fast and looks like Chicagoland Speedway but doesn’t race like it all. It’s hard to get grip but with the cooler temperatures expected on Friday night, the track is going to be super-fast which means keeping ahead of the handling is going to come into play.

“We just need to keep ourselves out of trouble and be around for the closing laps. Traditionally, this race usually gets a caution within the final 20 laps of the race or so – we need to make sure we have something that we can use to our advantage for that final run to the checkered flag. It should be a lot of fun and I can’t wait to get there.”

For the 20th straight race, EAT SLEEP RACE, a racing lifestyle apparel company headquartered in New Jersey returns as the primary sponsor of Graf Jr.’s No. 77 Chevrolet for the 100-lap race.

“I can’t begin to thank everyone at EAT SLEEP RACE for partnering with us this season and standing by us through all of our trials and tribulations,” added Graf. “I think we’ve done a good job to get the EAT SLEEP RACE name out there and I look forward to continuing to work with them during the off-season and keep everyone updated through our social media channels for our next rollouts.”

Between race cars, Graf Jr. has equally been busy in the books with his second fall semester at New York University (NYU) underway where he is pursuing a degree in business, media and sports management.

“It’s been a busy couple of weeks, but I’ve been able to manage my time pretty good,” added Graf Jr. “School is super important but so is doing the best job I can behind the wheel for my team and partners. I’m looking forward to going to Kansas Speedway and hopefully having an opportunity to contend for my second ARCA victory.”

Entering Kansas, Graf Jr. has 38 ARCA Menards Series starts to his credit with one win (Berlin (Mich. Raceway, 2018), seven top-five and 20 top-10 finishes to his credit. After 19 races, he stands fifth in the championship standings with one race remaining.

The ARCA Kansas 150 (100 laps | 150 miles) is the 20th of 20 races on the 2019 ARCA Racing Series presented by Menards schedule. Practice begins Fri., Oct. 18 with an hour and 55-minute session planned from 12:00 p.m. – 1:50 p.m. Group qualifying is set for later in the day at 5:00 p.m. The race in the 67th consecutive ARCA season is set to take the green flag later in the day shortly after 7:30 p.m. The event will be televised live on FOX Sports 2 (FS2), while ARCARacing.com will stream live timing and scoring throughout the day’s festivities. All times are local (Central).