Joe Graf Jr. hopes to shine under the lights in DuQuoin 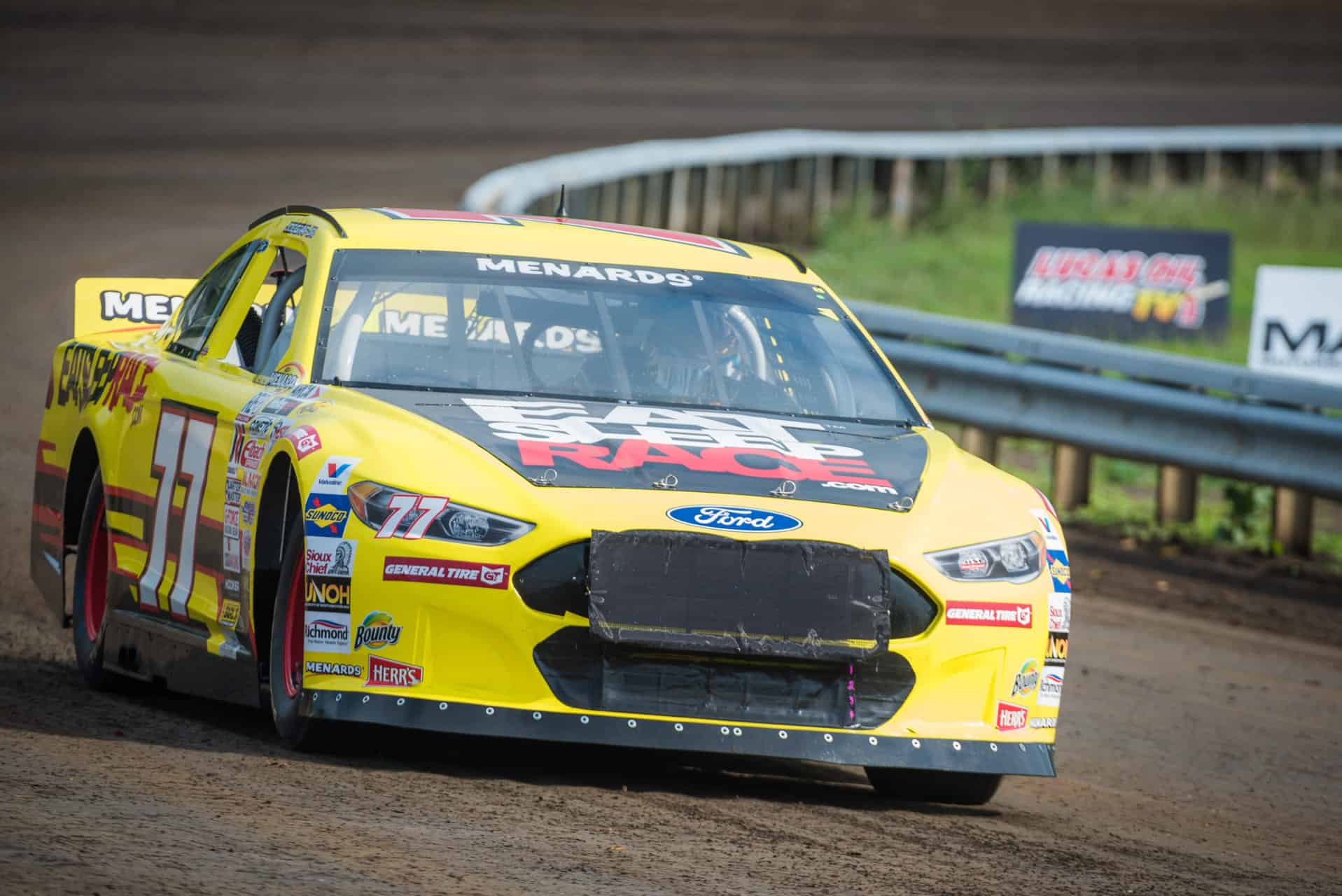 DUQUOIN, Ill: With a breather in the ARCA Menards Series schedule, Joe Graf Jr. and his No. 77 EAT SLEEP RACE racing team saddle up again for a return to the dirt in Saturday night’s Southern Illinois 100 at the historic Du Quoin (Ill.) State Fairgrounds.

Earlier this month, Graf Jr. showcased speed on the dirt at the Illinois State Fairgrounds and had hoped to capitalize on a strong sixth-place qualifying effort. However, a late race spin in the race left little opportunity in the closing laps for a rebound leaving Graf Jr. to solider on for a 10th place finish in his third career dirt track ARCA start.

This weekend, Graf Jr. is feeling refreshed and ready to get back to business and catapult his Chad Bryant Racing team into the top-five under the Du Quoin lights.

“I feel like we got robbed a little bit at Springfield,” said Graf Jr. who sits fifth in the ARCA Menards Series standings. “We had a decent day, made some strides, but just had some misfortunate that kept us from a better day.”

Even though Graf Jr. earned his 10 top-10 finish of the season at Springfield, Graf Jr. nor his team led by championship crew chief Chad Bryant aren’t satisfied. Looking for his second career ARCA Menards Series win, Graf Jr., 21, is determined to put himself in contention before the season concludes in mid-October.

“We’re a better team than what we’ve shown,” added Graf. “It hasn’t come from the lack of effort, but we’re determined to make the best of the remaining races and hope we can add a couple top-fives and maybe even a win by Kansas in October.”

But before Graf Jr. can focus on getting back to the norm of asphalt racing, 100 laps on the dirt under the lights in Du Quoin stand in front of his No. 77 EAT SLEEP RACE team with the Mooresville, N.C.-based team and driver ready to execute.

“I’m ready to get after it,” Graf added. “Night racing on the dirt should be a lot of fun. It’s going to be a little different and we’re going to have to make sure we keep up with the adjustments from practice and qualifying but once that green flag drops, it’s go time and I’m going to do everything I can to get our No. 77 EAT SLEEP RACE Ford Fusion up front and stay there.”

For the 17th straight race, EAT SLEEP RACE, a racing lifestyle apparel company headquartered in New Jersey returns as the primary sponsor of Graf Jr.’s No. 77 Ford for the 100-lap race.

“We just launched some really cool hats with EAT SLEEP RACE, so I encourage everyone to check them out,” sounded Graf Jr. “It’s been great to see EAT SLEEP RACE get all kinds of exposure this season. Fall is on the horizon and EAT SLEEP RACE will have some great items available then too.”

While juggling racing in ARCA and the NASCAR Xfinity Series, Graf Jr. has also returned to New York where he’ll continue his college education at New York University where he is beginning his sophomore year pursuing a degree in business, media and sports management.

“It’s going to be a busy fall, but I embrace it,” added Graf Jr. “I’m very lucky that I’ve been able to be a student at NYU while also following my dreams of being a professional race car driver.

“My internship at Richard Childress Racing earlier this year allowed me to learn so much that I plan to use that knowledge to the best of my ability and apply it to my everyday college life at NYU.”

Entering Du Quoin, Graf Jr. has 35 ARCA Menards Series starts to his credit with one win (Berlin (Mich. Raceway, 2018), seven top-five and 18 top-10 finishes to his credit. After 16 races, he stands fifth in the championship standings with four races remaining.

The Southern Illinois 100 (100 laps | 100 miles) is the 17th of 20 races on the 2019 ARCA Racing Series presented by Menards schedule. Practice begins Sat. Aug. 31 with an hour practice session planned from 2:30 p.m. – 3:30 p.m. General Tire pole qualifying is set for shortly thereafter at 5:30 p.m. The race is set to take the green flag shortly after 8:00 p.m. The event will be televised live on MAVTV. ARCARacing.com will also stream live timing and scoring throughout the day’s festivities. All times are local (Central).