Joe Graf Jr. hopes to WOKE up the field at Talladega Superspeedway 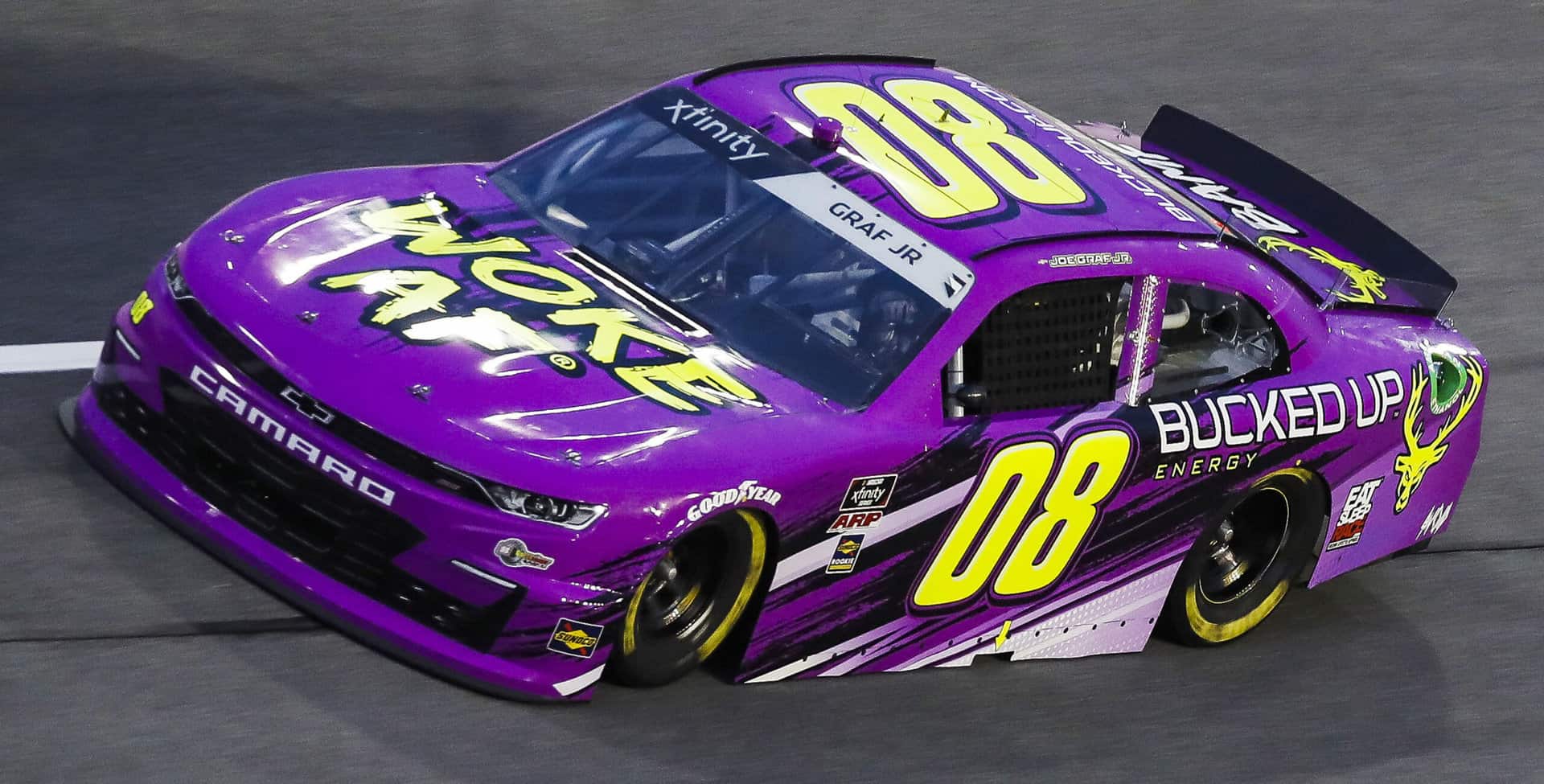 Chassis No. 702 is known for its performance at Talladega Superspeedway in April 2019 with a second-place outing after an eighth-place starting position.

Full of Energy: Bucked Up Energy and its sister products will continue its role as the primary partner of Graf’s No. 08 Chevrolet Camaro. Talladega (Ala.) Superspeedway is the 19th race in a multi-year, multi-race deal with the former ARCA Menards Series winner.

Graf Jr. struggled with a loose race for a majority of the Alsco 300 and despite great adjustments by crew chief Patrick Donahue, Graf’s had a hiccup on pit road during a green flag stop which took the team out of contention for a top-20 finish.

For the third consecutive race, Graf settled for a 27th place finish.

Now, 27 races down, six races to go, Graf Jr. is ranked 22nd in the Xfinity Series championship standings and looks to improve his average finish of 23rd over the final six weeks of the season.

From the Pit Box: Industry veteran Patrick Donahue is Joe Graf Jr.’s crew chief. He will crew chief his 181st NASCAR Xfinity Series races on Friday night. In his previous 179 races, he has two wins, eight top-five and 14 top-10 finishes to his resume.

He has four Xfinity races as crew chief at Talladega with a best finish of second in 2019 with Gray Gaulding.

This Is 2020: Entering Talladega, Graf Jr. has 30 career NASCAR Xfinity Series starts to his credit with four top-15 and 10 top-20 finishes. After 27 races in 2020, he stands 22nd in the championship standings with six races remaining.

The 22-year-old will make his fifth Xfinity start of 2020, all with SS GreenLight Racing.

On Las Vegas (Nev.) Motor Speedway: “Well, it wasn’t the night we were looking for at Las Vegas. We were making some gains about halfway through the race, but then we had a hiccup on pit road and could never recover. A bummer for our SS GreenLight Racing team.

“We have six races left in 2020 and we are determined to make the most of them!”

On Talladega (Ala.) Superspeedway Return: “We’ve had zero luck on the superspeedways this year. We have proven that SS GreenLight Racing brings fast cars to these types of tracks, but if you are not around for the finish, none of that matters.

“We’re excited to have Bucked Up WOKE AF back on the car this weekend and hope we walk away from Talladega with a strong finish that will propel us forward for the final stretch of five races.”