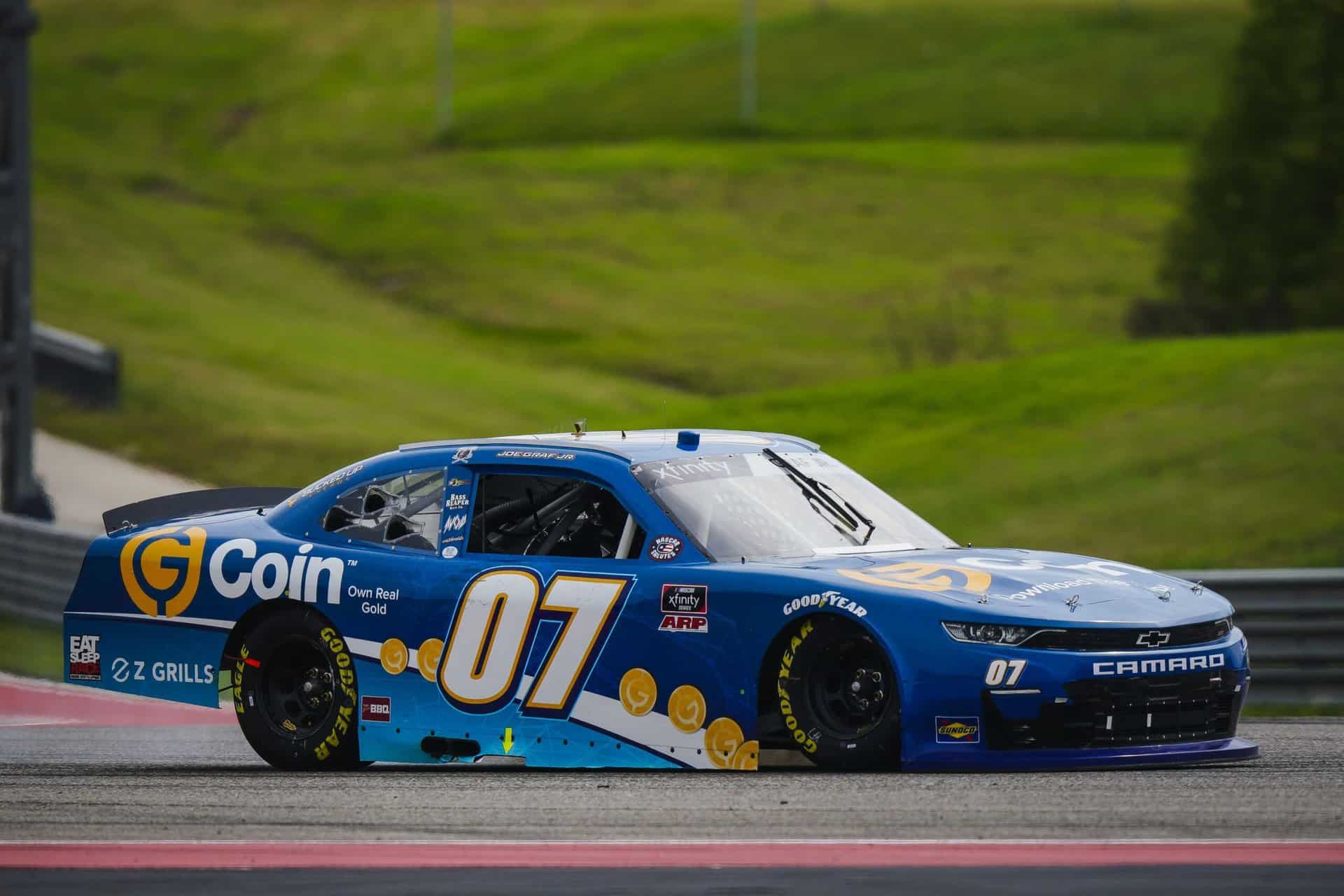 Chassis Intel: SSGLR Chassis No. 720; competed last at Circuit of the Americas Road Course on May 22, 2021

Welcome Aboard: This weekend at Mid-Ohio Sports Car Course, SS GreenLight Racing and Joe Graf Jr. welcome G-Coin as the primary partner of the team’s No. 07 Chevrolet Camaro for Saturday afternoon’s BL Transport 170.

Mid-Ohio marks the second of a multi-race deal where G-Coin, a product that brings gold into the digital age, making it accessible and giving it true utility will be the primary partner.

You can watch the official wrapping of the No. 07 G-Coin car here.

G-Coin Tip of the Week: Because gold prices often do not trade in the same direction as the stock market, some compare buying gold to buying insurance. You may not need it, but it may be beneficial in some circumstances.

Gold may protect against the wealth decay of inflation and currency devaluation and there is no credit risk associated with owning physical gold.

You Can Win $1,000 In Gold! To celebrate their new partnership with Joe Graf Jr., in the NASCAR Xfinity Series G-Coin will give away $1,000 in FREE gold to a lucky individual later this month.

To enter, download the G-Coin app on your smart phone and click here for official rules and to submit your entry.

Saving You Some Money: As summer kicks off, Joe Graf Jr.’s other marketing partner Z Grills wants to help the NASCAR community save money – but also enjoy the perfect barbecue.

On the heels of their third race partnership of the season last month at Dover (Del.) International Speedway, Z Grills Racing (ZGrillsRacing.com) is offering a 10 percent discount off your TOTAL purchase, using the code NASCAR at checkout.

He holds an average starting position of 24.0 (per rule book) and an average result of 22.4 with 99 percent of the laps complete.

He will crew chief his 12th NASCAR Xfinity Series race as crew chief on Saturday afternoon.

Hello From The Other Side: Graf Jr. has a teammate at SS GreenLight Racing. Cody Ware will drive the No. 17 Nurtec ODT Ford on Saturday afternoon.

Ware, a veteran racer is poised to make his 27th career NASCAR Xfinity Series start and fourth at Mid-Ohio. He returns to the 2.258-mile track layout for the first time since 2018 and looks to better a track-best of 15th in his Mid-Ohio Xfinity debut in 2014.

“The goal is just to have a productive race with a solid finish and get us finally headed in the right direction heading to Texas Motor Speedway.”

On New G-Coin Partnership: “This is a unique partnership, and I am excited to officially welcome G-Coin to NASCAR and our SS GreenLight Racing team. G-Coin is building an amazing ecosystem and we believe the NASCAR community will put G-Coin on the global map. Plus, we will strike gold in our No. 07 Chevrolet Camaro with some strong finishes on the track.”

On Recent Performances: “The last several races have been tough; however, it is during times like this that all your mental discipline and training really come to the forefront.

“I can’t stress enough the importance of mental toughness in overcoming obstacles you don’t control.  We have an amazing pit crew, but two weeks in a row they have suffered late-race problems that ruined our day.

“When I look at the speed and balance of our cars this year they are much better than last year. That isn’t from luck. That is from the hard work and grind it out mental toughness of this team.

“It’s such a shame that we have had such a rough month or so, but this is no different than life.  We all experience highs and lows in life.  Like anyone at a low point, we are going to remain mentally tough and keep moving forward. We embrace the suck. We know it can’t last.

“Going forward we are going to focus on what we can control and continue to execute at our highest level. There are a ton of races left in the season and hopefully, we have shaken the bad luck.  I would be worried if our cars lacked competitiveness, but they don’t. We have a lot of racing left and we are due for some good luck.”