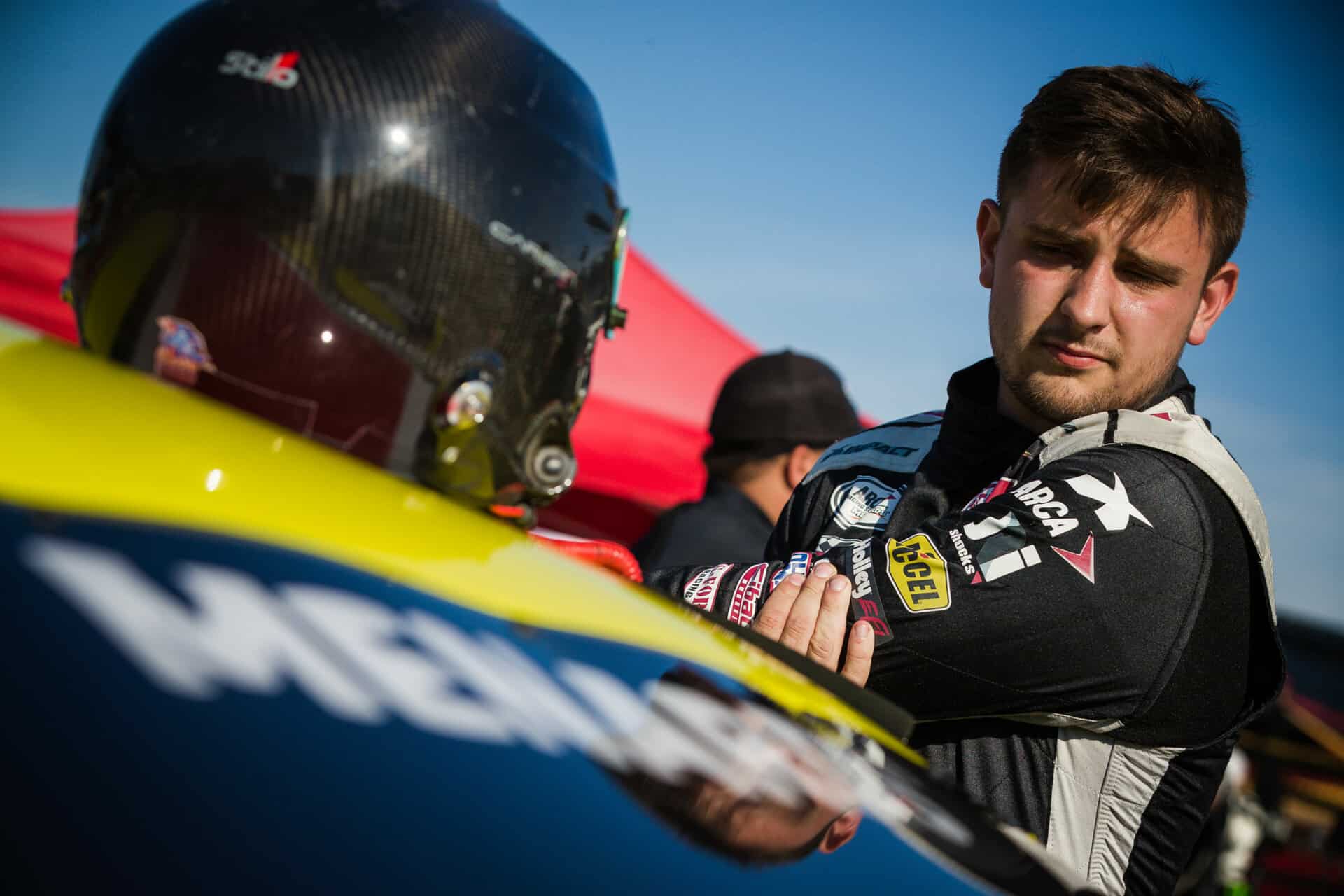 Of course, it’s hard to forget that last year’s ARCA race at Elko could have easily been Graf’s first career ARCA victory as he found himself in a torrid battle for the race with fellow racer Gus Dean.

“I’ve had this race circled on my calendar all year,” said Graf who sits fifth in the ARCA Menards Series championship standings. “Quickly after Daytona, I had to get back into ARCA mode and realize that I’m going back to one of the race tracks that I felt like owed me one.”

Graf Jr. knows that a lot will have to play into his hands to put him in contention for his second top-five finish of the season. From a good race car and the right strategy, the components have to link to put him near the front on Saturday, but Graf Jr. admits if there’s one person who can make that happen, it’s his crew chief and team owner Chad Bryant.

“Chad I think is just as hungry to get back to Elko and contend for the win,” Graf Jr. noted. “He knows how close it was last year. If we were on the bottom for that final restart, we probably would have won that race. We just have to make sure we do everything we can in practice and in qualifying to make sure we set ourselves up to be at the right place, right time this weekend.”

For the 13th straight race, EAT SLEEP RACE, a racing lifestyle apparel company headquartered in New Jersey returns as the primary sponsor of Graf Jr.’s No. 77 Ford for the 250-lap race.

“It’s been so great representing EAT SLEEP RACE this year,” added Graf Jr. “I’ve noticed a lot more talk about them, especially since they’ve been on the Xfinity car the last couple of weeks.

“We just launched an official Joe Graf Jr. Driver Collection line and I’m looking forward to adding items to that collection here in the next month or so.”

Getting back into the short track mindset, Graf Jr. is well aware that Saturday night’s race could be decided with a little aggression that could entail a bump and run. Known as one of the more physical drivers in the series, but Graf makes no apologies for his driving style.

“It’s hard to get into Victory Lane, so you have to get up on the wheel and do what it takes,” he said. “I want to win. I thrive on winning and when you’ve had the year that I have, I make no mistake about doing what I can to put our Chad Bryant Racing team in Victory Lane. I respect my competitors but at the same time, I have a job to do.

“Sometimes being aggressive can get you in trouble, but for me, if being aggressive and sometimes even using the fenders propels our team forward, then it’s something I shouldn’t apologize for.”

For this weekend at Elko, Graf will carry the in-car camera myFace logos for his 32nd career ARCA start.

myFace is a leading non-profit organization dedicated to transforming the lives of patients with craniofacial conditions.

Every hour a child is born in the United States with a craniofacial difference, which uniquely impacts both the body and spirit. In the U.S. approximately 600,000 individuals have been diagnosed with a craniofacial condition.
For more on Joe Graf Jr, please like him on Facebook (Joe Graf Jr.) and follow him on Twitter (@JoeGrafJr) and visit his brand new website at JoeGrafJr.com.

The Menards 250 (250 laps | 94 miles) is the 13th of 20 races on the 2019 ARCA Racing Series presented by Menards schedule. Practice begins Sat., July 13 with an hour and 25-minute practice session planned from 2:05 p.m. – 3:30 p.m. General Tire pole qualifying is set for later in the day at 5:15 p.m. The race is set to take the green flag shortly after 9:00 p.m. The event will be televised live on MAVTV. ARCARacing.com will also stream live timing and scoring throughout the day’s festivities. All times are local (Central).