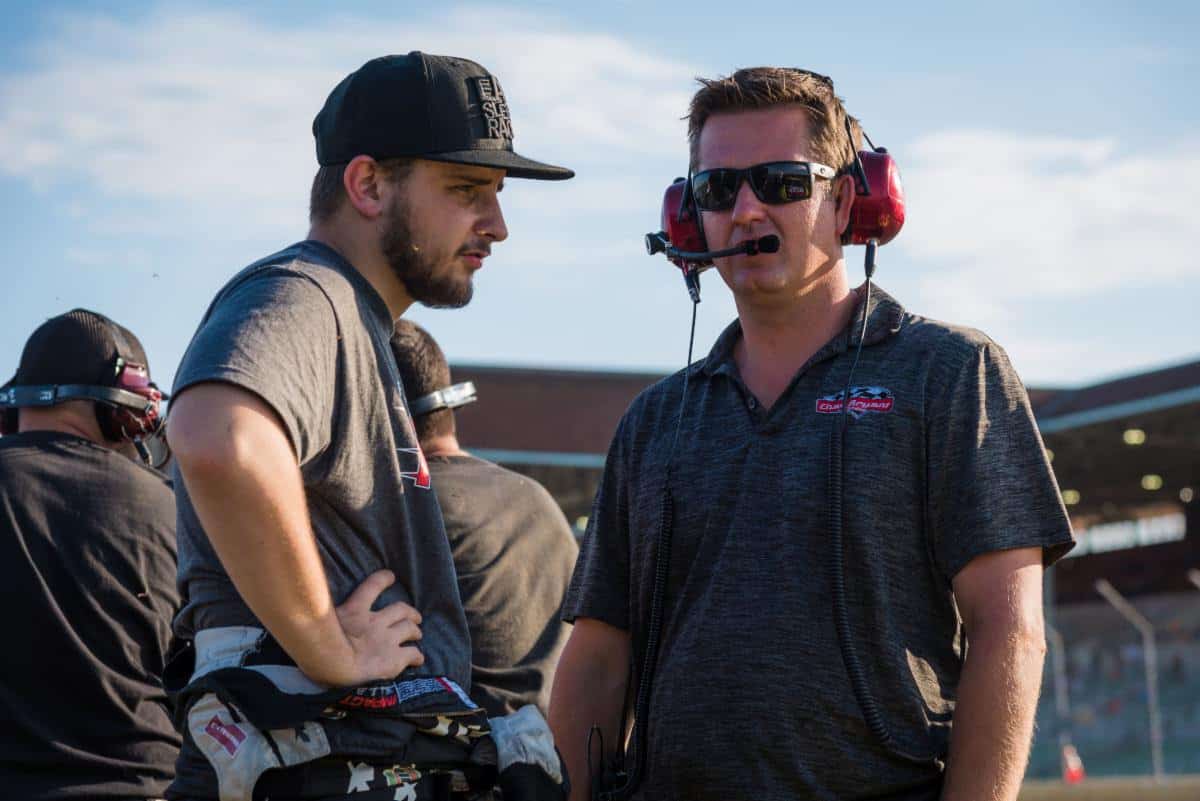 21-year-old Graf Jr. will make his fourth start at the legendary Southern Indiana short track but hopes to deliver his first top-five at the treacherous short track under the lights on Sept. 14.

“It feels good getting back to short track racing,” said Graf Jr. who sits fifth in the ARCA championship standings. “I genuinely like Salem Speedway, but it’s a not an easy track to negotiate. It’s a track that takes a lot of concentration and focus.

“I keep getting better and better with every race on Salem, but I’d like to leave there on Saturday night with our best finish of the season.”

Carrying an average finish of 10th this season, Graf Jr. has certainly surpassed his top-10 statistics from his rookie ARCA season, but Graf Jr. says his season won’t be complete if he can’t launch his Chad Bryant Racing team back into Victory Lane.

“I want to win so bad,” added Graf. “That’s why I get behind the wheel of our race car every week. I need to win for a lot of reasons. I have a great partner in EAT SLEEP RACE who has stuck through our team through the bumps in the road this season and my guys at the Chad Bryant Racing team who have given everything they can to bring me the fastest race car possible.

“It goes without saying that the season hasn’t gone as we hoped. It hasn’t been a horrific season by any means, but I think it’s fair to say that the goals and expectations that we set to accomplish back in February haven’t come to fruition. We still have three races to make the best of it and we will.”

To help Graf contend for his second career ARCA win, his Chad Bryant Racing team recently tested at the 0.533-mile short track where the Mooresville, N.C.-based team spent the day focusing on qualifying and race runs. Satisfied with the test, Graf Jr. is eager to return for race weekend.

“We made some strides during the test,” added Graf. “I know my crew chief Chad (Bryant) is going to make a few tweaks from the test and hopefully we come back even faster than we were at the test.

“For us, I need to make sure I’m saving my tires as much as I can and we keep us with the balance of our race car as the race transition from day to night. It’s going to be a fast-paced race, so we just need to make sure we’re able to pounce when it counts.”

For the 18th straight race, EAT SLEEP RACE, a racing lifestyle apparel company headquartered in New Jersey returns as the primary sponsor of Graf Jr.’s No. 77 Ford for the 200-lap race.

“We just launched some really cool hats with EAT SLEEP RACE, so I encourage everyone to check them out,” sounded Graf Jr. “It’s been great to see EAT SLEEP RACE get all kinds of exposure this season. Fall is here and EAT SLEEP RACE has some cool items. I hope everyone checks them out.”

While juggling racing in ARCA and the NASCAR Xfinity Series, Graf Jr. has also returned to New York where he’ll continue his college education at New York University where he is beginning his sophomore year pursuing a degree in business, media and sports management.

“It’s going to be a busy fall, but I embrace it,” added Graf Jr. “I’m very lucky that I’ve been able to be a student at NYU while also following my dreams of being a professional race car driver.

“My internship at Richard Childress Racing earlier this year allowed me to learn so much that I plan to use that knowledge to the best of my ability and apply it to my everyday college life at NYU.”

Entering Salem, Graf Jr. has 36 ARCA Menards Series starts to his credit with one win (Berlin (Mich. Raceway, 2018), seven top-five and 18 top-10 finishes to his credit. After 17 races, he stands fifth in the championship standings with three races remaining.

In addition to his ARCA Menards Series presence, Graf Jr. has made two NASCAR Xfinity Series starts for Richard Childress Racing. He’ll compete in at least one more race at Richmond (Va.) Raceway respectively on Fri. Sept. 20, 2019.
For more on Joe Graf Jr, please like him on Facebook (Joe Graf Jr.) and follow him on Twitter (@JoeGrafJr) and visit his brand new website at JoeGrafJr.com.

The Kentuckiana Ford Dealers ARCA Fall Classic (200 laps | 111 miles) is the 18th of 20 races on the 2019 ARCA Racing Series presented by Menards schedule. Practice begins Sat. Sep. 14 with an hour practice session planned from 1:00 p.m. – 2:30 p.m. General Tire pole qualifying is set for shortly thereafter at 4:00 p.m. The race is set to take the green flag shortly after 7:00 p.m. The event will be televised live on MAVTV. ARCARacing.com will also stream live timing and scoring throughout the day’s festivities. All times are local (Eastern).

EAT SLEEP RACE (eatsleeprace.com) is a racing lifestyle apparel company based out of New Jersey. Since 2001 the brand has offered a full product line including accessories and apparel for men’s and ladies. As one of the pioneers of motorsports apparel, the brand has deep roots in the racing industry and was created to offer fresh designs for all racing enthusiasts.