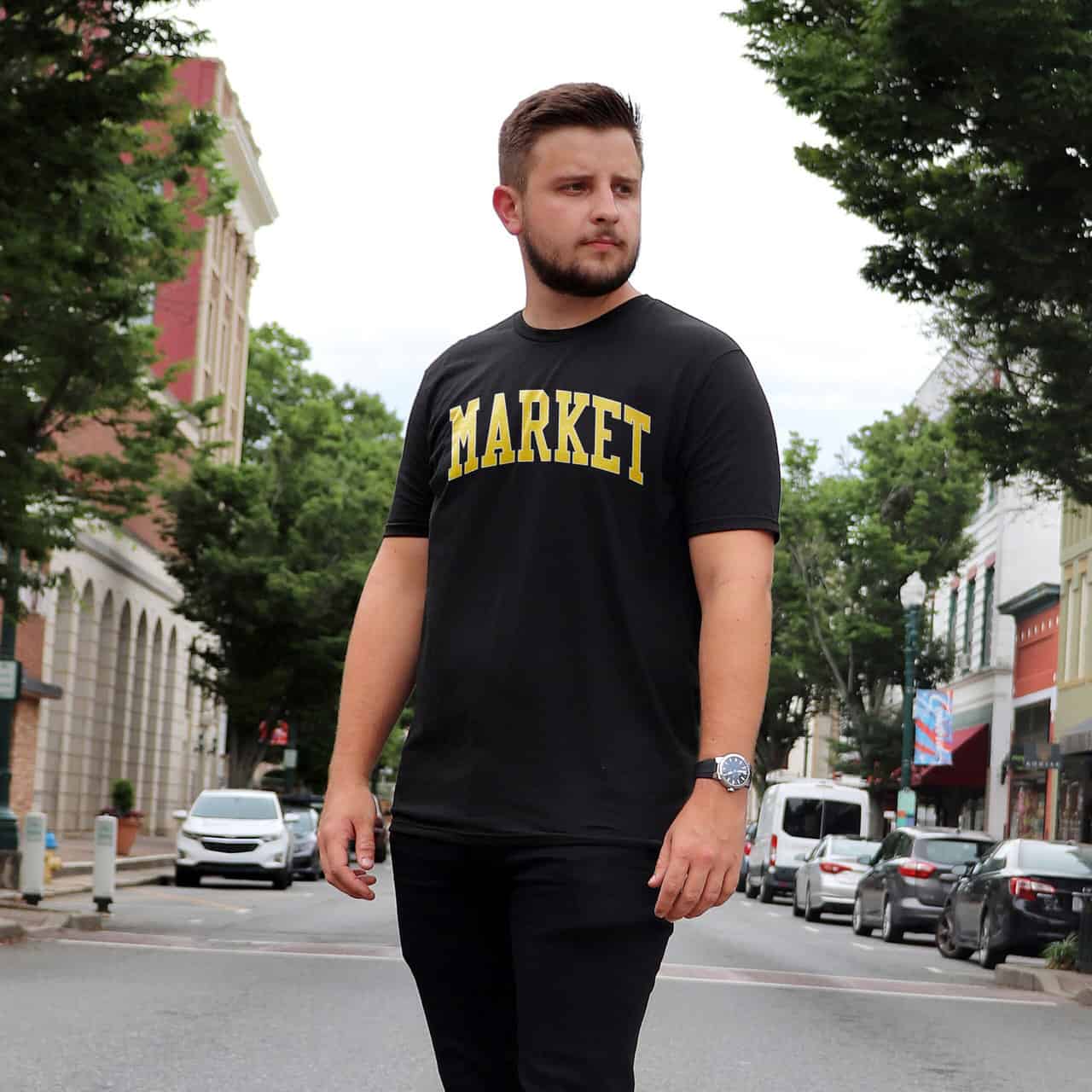 Welcome Aboard: This weekend at Texas Motor Speedway, SS GreenLight Racing and Joe Graf Jr. welcome MARKET and their MARKET Racing brand as the primary partner of the team’s No. 07 Chevrolet Camaro for Saturday afternoon’s Andy’s Frozen Custard 335k.

About MARKET: MARKET is a lifestyle brand that moves at the speed of the internet to mash up pop culture and streetwear in a powerful combination made deadly with collaborations with some of the industry’s biggest players.

Its limited edition drops generate products and ideas that move from concept to sell-out in just a few hours by designing, producing and launching product in real time from its DTLA atelier.

MARKET removes the barriers between good ideas and successful business by blurring the line between collaborators and customers. It helps creatives, dreamers and misfits bring their ideas to market, providing entry into the exclusive worlds of design and streetwear with education, resources and mentoring.

MARKET was founded by Mike Cherman, who got his professional start with a guerilla campaign that caught the attention of sneaker industry god Jeff Staple. Today, MARKET has attracted top collaborators like Converse, Puma, Lacoste and Cole Haan and celebrity fans that include Erykah Badu, YG, Jay-z and LeBron James.

Another New Sponsor Announcement: Before the curtain is drawn on the 2021 NASCAR Xfinity Series season, SS GreenLight Racing and Joe Graf Jr. will announce again another new marketing partner for the final race of the year at Phoenix (Ariz.) Raceway next month.

The new sponsor is also new to NASCAR and the Xfinity Series scene.

Reelin’ in the Competition: This weekend at Texas Motor Speedway, Joe Graf Jr. and SS GreenLight Racing welcome back BassReaper Bait Co as a major associate marketing partner on the team’s No. 07 Chevrolet Camaro.

Whether you are a professional angler or new to the sport of fishing, BassReaper Bait Co. has fishing tackle to get the job done.

Their soft plastics are proudly made in the United States of America.

Last October, BassReaper Bait Co. served as the primary partner on the team’s No. 08 Chevrolet Camaro.

In Loving Memory: This weekend at Texas Motor Speedway and for the remainder of the 2021 NASCAR Xfinity Series season, Joe Graf Jr. and SS GreenLight Racing will carry the name of Bray Pemberton on the passenger side name rail of the team’s No. 07 Chevrolet Camaro.

In his three previous races, Graf Jr. finished 21st, 22nd and 31st respectively. In his most recent trip to the Fort Worth, Texas race track, Graf Jr. contended for a top-20 finish but developed power steering issues late in the race.

Joe Graf Jr. Xfinity Series Career Intermediate Nuggets: At tracks greater than 1.0-mile in size, Graf has competed in 30 NASCAR Xfinity Series races. He holds an average starting position of 25.6 and an average result of 24.5.

Despite starting the race last in 30th, he utilized patience throughout the race to contend for a top-25 finish. Unfortunately, a late race spin put Graf and the No. 17 Arrowhead Brass Chevrolet team out of contention.

Graf rebounded however and finished 28th – two positions better than where he started.

Put Me In Coach: To strengthen his physique, Joe Graf Jr. began collaborating with new trainer and former NASCAR Cup Series Josh Wise during the 2020 offseason.

In addition to Wise, Graf has also been working with former NASCAR driver and open wheel driver Scott Speed on being more discipline behind the wheel of his No.07 MARKET Racing Chevrolet Camaro.

He will crew chief his 62nd NASCAR Xfinity Series race as crew chief on Saturday afternoon and his fourth at the 1.5-mile speedway.

In his previous 61 NASCAR Xfinity Series starts, he has collected four top-five and 15 top-10 finishes.

Hello From The Other Side: Graf Jr. has a teammate at SS GreenLight Racing. Veteran JJ Yeley will drive the No. 17 Chevrolet Camaro on Saturday afternoon for his 14th start of the 2021 season.

Yeley is set to make his 349th career NASCAR Xfinity Series start and 23rd at Texas Motor Speedway. His best Xfinity track finish occurred in the 2006 O’Reilly Challenge, where he finished sixth after starting 14th for Joe Gibbs Racing.

On Texas Motor Speedway: “I’m extremely optimistic about heading to Texas Motor Speedway and a shot at redemption. I like Texas and we had two very solid runs there last year. Unfortunately, in the spring, we battled power steering issues and it hindered us from a better finish.

“I think with some luck and patience we can capture a strong finish in our No. 07 MARKET Racing Chevrolet Camaro.”

On MARKET Partnership: “I’m thrilled about this partnership with MARKET. They have become a bold brand in their respective arena and now they are branching out to NASCAR, particular the Xfinity Series with myself and SS GreenLight Racing and we’re excited to showcase some of their epic apparel.

“Because of the potential growth and reach we feel we can activate together; discussions are already underway for them to be a part of our team beyond Texas and for next season.

“This is a relationship that I feel will explode on so many levels and cater to a lot of NASCAR fans. The car looks fantastic and I’m ready for a strong weekend at Texas Motor Speedway.”

On Approaching Homestretch: “We have less than a month left in the 2021 schedule. Our season has not gone the way we planned, but it has not been from a lack of effort, just a variety of circumstances – most beyond our control.

“I really look forward to the remaining four tracks on the schedule the rest of the year. We are also starting to get focused on 2022 and cannot wait to announce those plans soon.”