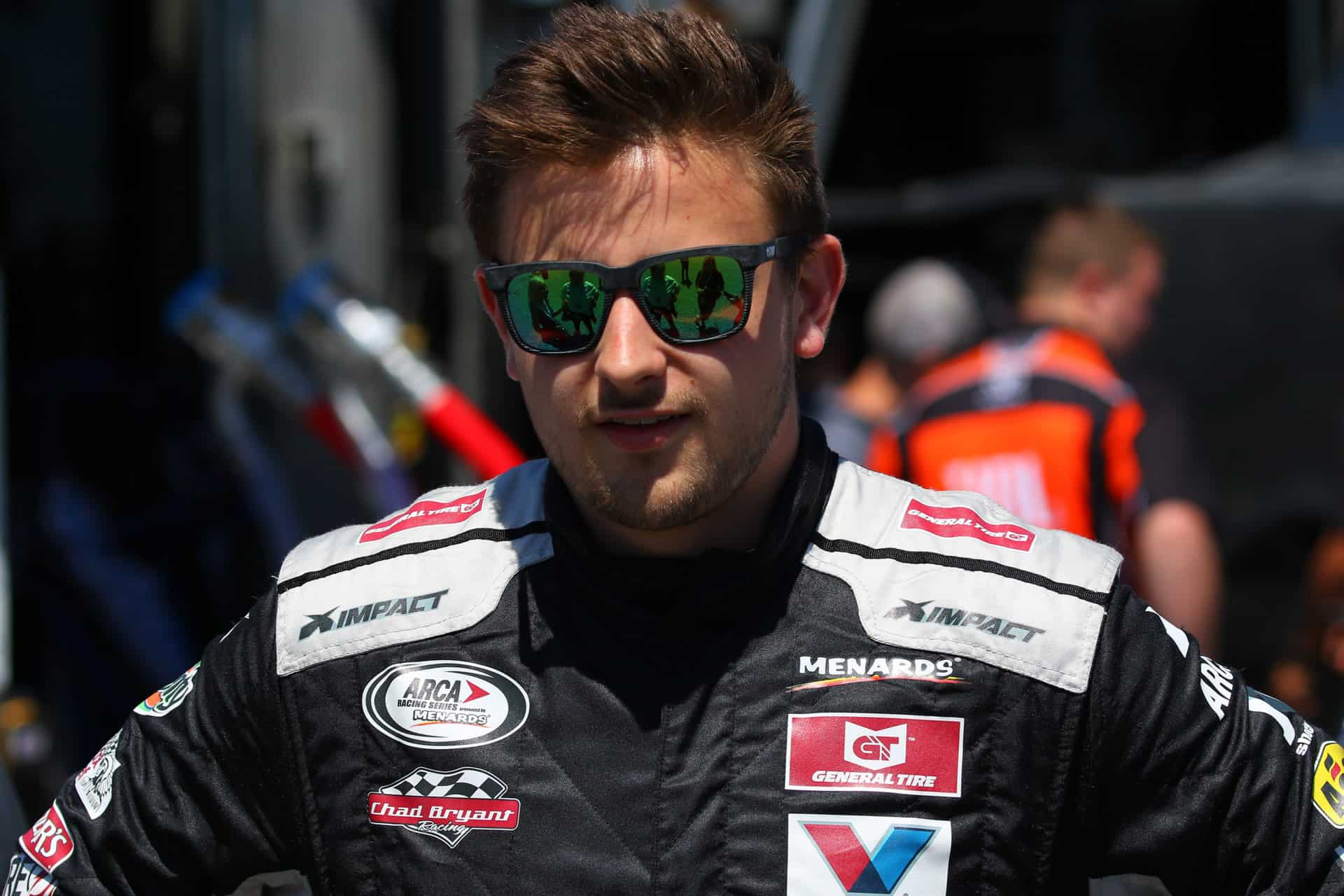 The ARCA Menards Series comes to Pocono Raceway after a Thursday night 150-miler at Charlotte Motor Speedway, a race most of the teams in the series consider to be their home race. But for Mahwah, New Jersey’s Joe Graf, Jr. (No. 77 EAT SLEEP RACE Ford), Friday’s General Tire #AnywhereIsPossible 200 is his home race.

Mahwah is 100 miles from the 2.5-mile layout nestled in the Pocono Mountains. And like anyone who gets to play on a stage in front of their home crowd, including friends and family, Graf wants to put on a good show.

“It’s always gratifying to race so close to home,” said Graf. “Thankfully, we’re able to race at Pocono twice a year and we’re going to have guests at the track both weekends, which makes the race weekend more memorable. Of course, being so close to home also allows me to go home and see friends and family after the race, so that’s a bonus too.”

Graf has two previous starts at the Tricky Triangle. He finished seventh in the June race last season but was a disappointing 26th in the July race. Graf, who earned his first career win at Berlin Raceway last August, will be going for his second career victory and his first of 2019 at Pocono. Despite the track’s technical nature and challenging layout, Graf is looking at the race as a good chance to get his first win of the season.

“I like Pocono because of its uniqueness,” he said. “Each turn is different, so it’s very important to get into a rhythm. I ran OK the first race and then had some bad luck in the July race but I’m a bit more optimistic this time around. We plan to be really aggressive at the test this week and hope to get our car dialed in.

“We’ve had some bad luck the last two races which has really hurt our championship efforts. We’re not giving up by any means, but we’re going to Pocono this weekend knowing we need to get back on track and leave there with a top-five finish, if not a win.”

Graf has a busy summer ahead. The General Tire 200 is the third of seven races in a row, a stretch that will conclude with an off weekend over the Fourth of July weekend. Graf will be racing that weekend, however, as he will be competing in the NASCAR Xfinity Series at Daytona International Speedway for Richard Childress Racing. It will be his third series start, following races at Michigan and Iowa. Graf, a student at New York University, is also an intern with the marketing department at RCR. It’s a unique opportunity that blends driving the racecar with the behind-the-scenes work that makes it all happen.

“The Richard Childress Racing internship has been more than I’ve ever expected,” he said. “I can’t begin to describe how much I’ve learned and embraced both on and off the track. I can’t believe the internship is almost over – but I’m going to continue to be at the shop a lot this summer not only because I’ll be racing with them a little bit – but because I’m learning so much that I want to continue to gain more knowledge. That is never a bad thing.”

While he does have other racing opportunities, Graf remains focused on succeeding in the ARCA Menards Series. He’d like to find the path to victory lane for the second time in his career after notching his first career win at Berlin Raceway last August.

“I want to win again, I’m hungry to win,” Graf explained. “The competition is stiff in the ARCA Menards Series though right now. Chad Bryant Racing is coming off a big win at Charlotte Motor Speedway last week at Charlotte, so we’ve proven that we have the equipment to get the job done, it’s just a lot about circumstances and even luck too.

“Chad (Bryant), my crew chief (and owner) is working relentlessly with the guys in the shop. We’ll get there. Maybe even this week at Pocono. I know I’ll get back to Victory Lane in ARCA soon. It’s not a matter of if, but when.”

The battle for the ARCA Menards Series championship continues in the General Tire #AnywhereIsPossible 200 at Pocono Raceway on Friday, May 31. Practice starts at 9 am ET, followed by General Tire Pole Qualifying at 12 noon. The race is scheduled to start at 5:45 pm ET and will be televised live on FS2 with a same day replay on FS1 at 8 pm ET. ARCA for Me members can access live timing & scoring, live track updates, and live chat for free at ARCARacing.com. New users may join for free with a valid email address at ARCARacing.com/login. For tickets, log on to PoconoRaceway.com or call 800-RACEWAY.