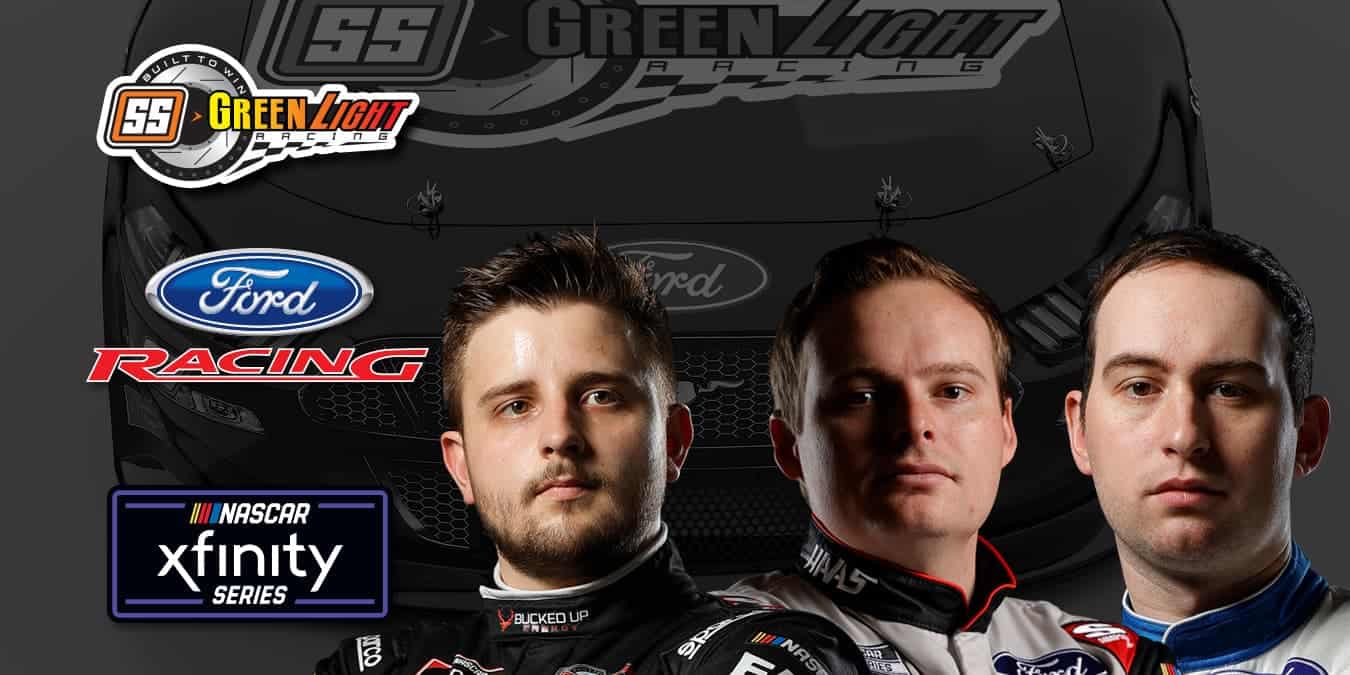 MOORESVILLE, N.C.: SS GreenLight Racing (SSGLR) announced today major changes for the 2022 NASCAR Xfinity Series season. Among the changes for the Mooresville, N.C.-based team, including a manufacturer change, a new technical alliance and additional drivers within the team’s footprint.

In addition to providing race cars to SSGLR, SHR will also provide technical support for the entire 33-race season.

The new partnership was orchestrated by fgrACCEL, a full-service sports marketing and management agency.

“We are thrilled to be part of this new relationship with SS GreenLight Racing,” offered Stewart-Haas Racing executive Joe Custer. “The team is very eager to raise their competitiveness to the next level and with this technical arrangement, they are going to be in a great position to accomplish all of their goals and more next season, as well as position themselves for future growth.”

“The addition of Cole and Chase driving a limited schedule for SS GreenLight Racing will also be an added benefit to help evaluate the team’s transition,” added Joe Custer. The team’s technical support with SHR should allow SS GreenLight Racing the opportunity to showcase a performance peak in the series on a consistent basis.”

A fixture in the NASCAR Xfinity Series since 1995 and a full-time commitment to the series since 2017, team owner Bobby Dotter is elated about the next chapter for his organization.

“I am excited to be joining the Ford Performance group this season,” he said. “I know they have a proven winning product, and I am looking forward to working with them and the other Ford teams.

“I have had a great working relationship with Stewart-Haas Racing for a number of years on other various racing projects, so it’s great to see this relationship come full circle of this magnitude. Having that prior relationship with SHR, I have seen what Ford does for its team and having an alliance with them should speed up our learning curve and result in better on track performances next season.”

The team also confirmed that Joe Graf Jr. will return to the team next season to pilot one of the two full-time entries.

“I am so stoked for the new opportunities in 2022,” said Graf Jr. who joined the Bobby Dotter-owned team at the beginning of the 2020 NASCAR Xfinity Series season. “Our new relationship with Stewart-Haas Racing and Ford will allow us to continue to grow and improve as a team and hopefully give us the opportunity to showcase our ability in the NASCAR Xfinity Series at our highest level yet.

“This new relationship with Stewart-Haas Racing is more than about a technical alliance, it’s about being a part of a new family and a team that has enjoyed monstrous success in the Xfinity Series for the past several seasons.

“Joe Williams will return as my crew chief next season, and I know we both feel like this new opportunity not only has the potential to bring SS GreenLight Racing to new heights, but hopefully elevate this team to a highly competitive perennial organization.”

Added Dotter, “This is a huge move for us, but it would not have been possible without fgrACCEL, Joe Graf Jr., Stewart-Haas Racing and our marketing partners. Joe has found a home at SS GreenLight Racing and with his team already having success in landing partnerships for next season, the opportunity to strengthen not only his team but the entire SS GreenLight Racing foundation is pinnacle for our future.

“We have a lot of work to do in the coming weeks and months ahead, but I believe with Joe’s continued focus, determination and outlook, he’s ready to make a giant step forward and we want to give him all the right equipment for his third year with SS GreenLight Racing.”

Additional details on Joe Graf Jr.’s 2022 program, including an expanded partnership lineup, will be announced at a later date.

SS GreenLight Racing will continue with a two-car program in the NASCAR Xfinity Series in 2022.