Back on track Joe Graf Jr. set to tackle Gateway 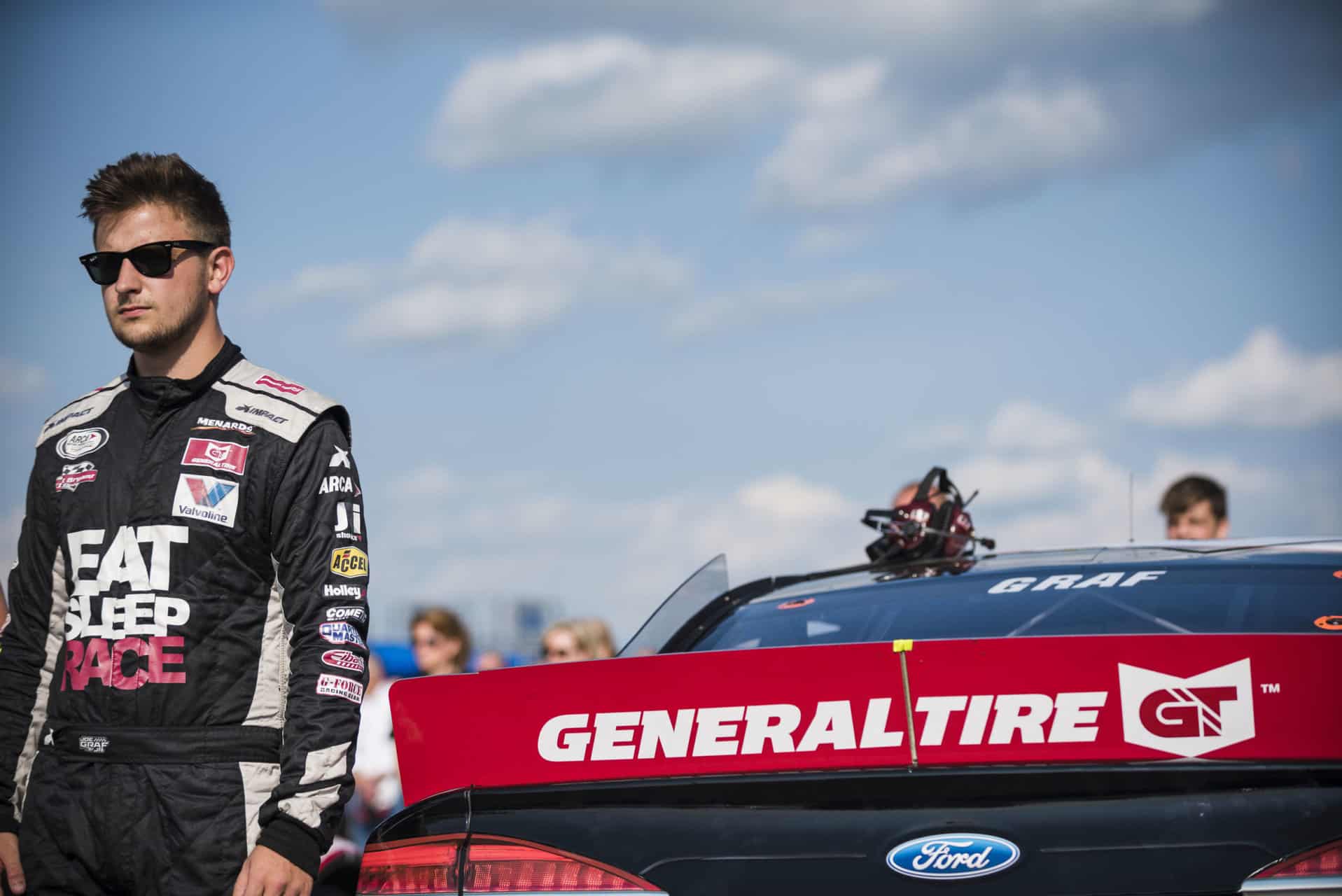 While Graf Jr. is eager to produce more top-fives than top-10 finishes as the series’ hits their halfway point in the 2019 season, Graf on the heels of his NASCAR Xfinity Series debut this past weekend at Iowa Speedway believes his No. 77 Chad Bryant Racing team can close the gap and slide into Victory Lane.

“Madison wasn’t what we hoped, even though we came out of there with a top-10 finish,” said Graf Jr. who occupies fifth in the championship standings with 10 races remaining. “As a team, we’ve got to do a better job with execution and start running more consistently inside the top-five. Gateway would be a good place to kickoff the second half with that.”

To help prepare the 20-year-old for his second start at WWTR, Graf Jr. and his Chad Bryant-led team recently participated in a test at the 1.25-mile track where the team worked aggressively on setup in hopes of earning Graf his seventh top-10 of 2019.

“The test was productive,” added Graf Jr. “We were supposed to test on Wednesday and got rained out, so we had to push it back until Thursday. We weren’t able to test in the conditions that we’ll experience this week, but it was still productive to get on the track and get some seat time.”

Looking to better his eighth-place performance from 2018, the rising star enjoys racing in St. Louis.

“Gateway reminds me of a short track and intermediate track all in one. It has long straightaways and sweeping turns which produces good racing. While it can be sometimes hard to pass, there is room to pass but you just have to work hard and setup your passes. I think restarts will be pivotal on Saturday night, hopefully it’s a good night for us.”

For the 11th straight race, EAT SLEEP RACE, a racing lifestyle apparel company headquartered in New Jersey returns as the primary sponsor of Graf Jr.’s No. 77 Ford Fusion for the 150-mile race.

Since 2001, EAT SLEEP RACE has offered a full product line including accessories and apparel for men’s and ladies.  As one of the pioneers of motorsports apparel, the brand has deep roots in the racing industry and was created to offer fresh designs for all racing enthusiasts.

“I’m really proud of the effort from everyone to help put EAT SLEEP RACE’s name out there on a weekly basis,” he added. “We’ve got some stuff up our sleeve for the rest of the year and can’t wait for all that to be unveiled soon.”

ARCA team owner and crew chief Chad Bryant explains that while the No. 77 hasn’t met their goals from the first half of the 2019 season, there’s still plenty of time to achieve them for the second half.

“Everyone is working day and night to make sure we’re bringing Joe the most competitive race cars we can,” Bryant said. “We’ve had plenty of ups and downs so far this year, but heading to Gateway, I really feel like we can turn the corner and get Joe back up near the front where he belongs.

“I’m proud of him for his solid effort in the Xfinity Series car at Iowa Speedway and hope he can carry that momentum back to the ARCA side on Saturday night.”

Entering Gateway, Graf Jr. has one win, seven top-five and 14 top-10s in 29 career ARCA Menards Series starts in two seasons of competition. A fourth-place qualifying effort at Charlotte (N.C.) Motor Speedway in May 2018 is his best time trials effort to date.

EAT SLEEP RACE (eatsleeprace.com) is a racing lifestyle apparel company based out of New Jersey.  Since 2001 the brand has offered a full product line including accessories and apparel for men’s and ladies.  As one of the pioneers of motorsports apparel, the brand has deep roots in the racing industry and was created to offer fresh designs for all racing enthusiasts.