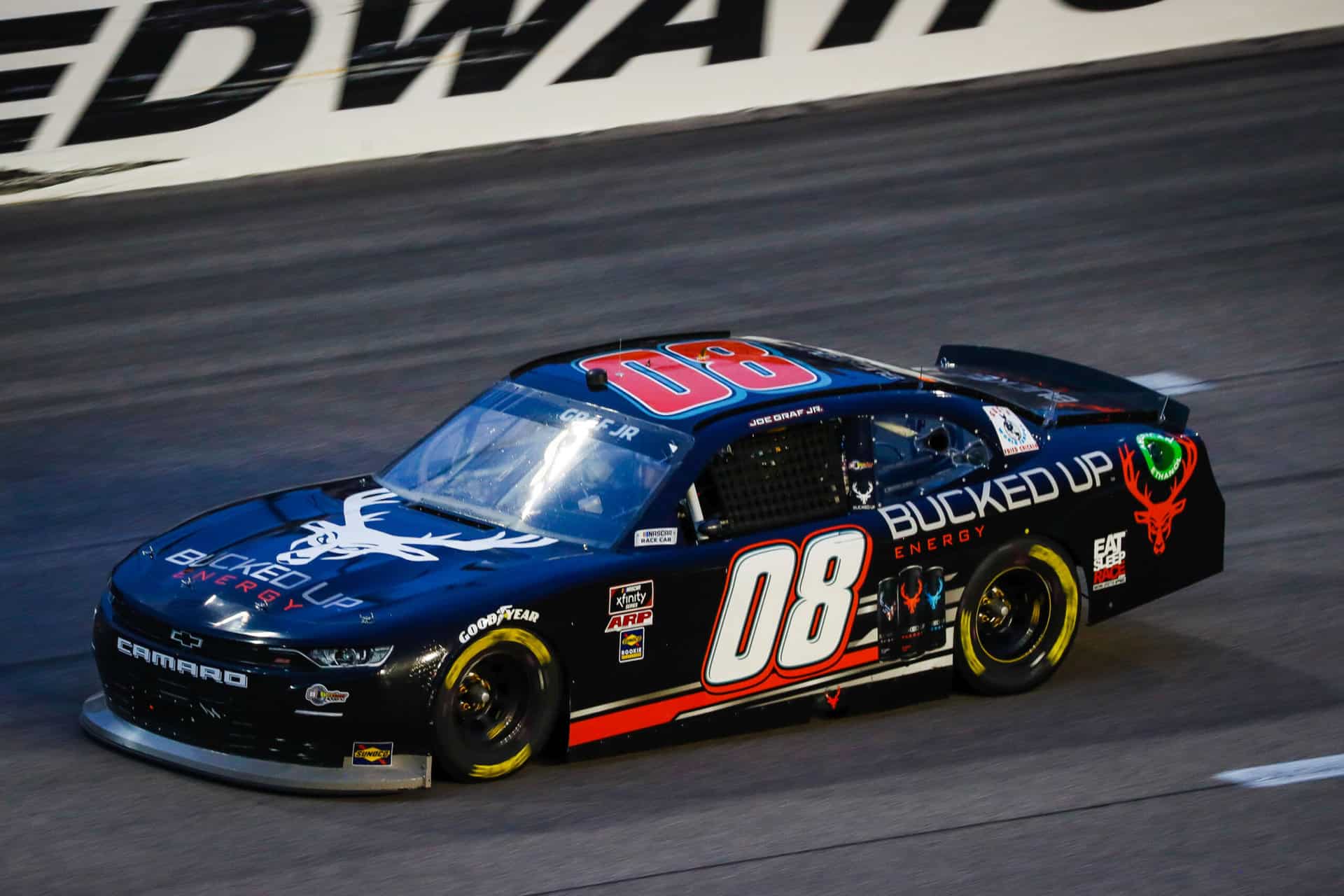 Full of Energy: Bucked Up Energy and its sister products will continue its role as the primary partner of Graf’s No. 08 Chevrolet Camaro. Phoenix Raceway is the 21st race in a multi-year, multi-race deal with the former ARCA Menards Series winner.

myFace Returns: myFace, an organization that helps kids and families living with craniofacial differences will return to the No. 08 Chevrolet Camaro as an associate partner for the Xfinity Series return at Phoenix (Ariz.) Raceway.

myFace, is a leading nonprofit focused on providing the comprehensive care, education and information to help people with craniofacial differences lead full and productive lives.

Stay Tuned: Even during the offseason, Joe Graf Jr. isn’t going anywhere! Be sure to check in with him on his social media page on Facebook, Instagram, TikTok and Twitter for the latest news, giveaways, videos, iRacing competition and much more!

Martinsville Speedway Recap: NASCAR Xfinity Series rookie Joe Graf Jr. had a solid outing in his Martinsville (Va.) Speedway debut. Starting 25th without a prior lap at the famed 0.526-mile paperclip, Graf Jr. kept his No. 08 EAT SLEEP RACE Chevrolet Camaro on the lead lap throughout the entire 250 laps and earned a respectable 21st place finish in the penultimate race of the season.

In March 2020 before the coronavirus pandemic, Graf Jr. qualified an impressive 19th and was competing for a top-20 finish before being an innocent victim in a late-race accident regulating the team to a 32nd place finish.

Joe Graf Jr. Xfinity Series Career Intermediate Nuggets: At tracks greater than 1.0-mile in size, Graf has competed in 17 NASCAR Xfinity Series races. He holds an average starting position of 24.2 and an average result of 21.8.

Plus, the more you promote the contest yourself, the more entries you receive!

Approved voters are allowed to vote for their favorite NASCAR Xfinity Series driver at least one time per day through Mon., Nov. 9, 2020.

TikTok, TikTok: Continuing to increase his social media presence, Joe Graf Jr. recently joined TikTok. Search “Joe Graf Jr.” and follow the NASCAR Xfinity Series rookie for a glimpse of his entertaining life on and off the track.

Now, 32 races down, one race to go, Graf Jr. is ranked 21st in the Xfinity Series championship standings and looks to improve his average finish of 24th in the final race weekend of the season.

From the Pit Box: Industry veteran Patrick Donahue is Joe Graf Jr.’s crew chief. He will crew chief his 186th NASCAR Xfinity Series races on Saturday. In his previous 185 races, he has two wins, eight top-five and 14 top-10 finishes to his resume.

He has nine prior Xfinity races as crew chief at Phoenix Raceway with a victory in November 1999 with NASCAR Hall of Famer and four-time NASCAR Cup Series champion Jeff Gordon.

On Martinsville (Va.) Speedway: “A solid outing for our No. 08 EAT SLEEP RACE, SS GreenLight Racing team. Martinsville is a difficult track without any practice. We made gains with the car throughout the whole race though and to finish on the lead lap was a huge positive for us.

“We’ll head to Phoenix next weekend and hope to end the season on a high note.”

On Phoenix (Ariz.) Raceway: “I’m extremely optimistic about my Phoenix Raceway return with SS GreenLight Racing. We had a solid showing in the spring but unfortunately we did not get the finish we deserved because of circumstances beyond our control.

“We’re bringing the same No. 08 Bucked Up Energy Chevrolet that was so fast at Kansas before we had a mechanical failure and I hope we’re able to have that same speed on Saturday that will propel us to a great season finale and some momentum to take into 2021.”